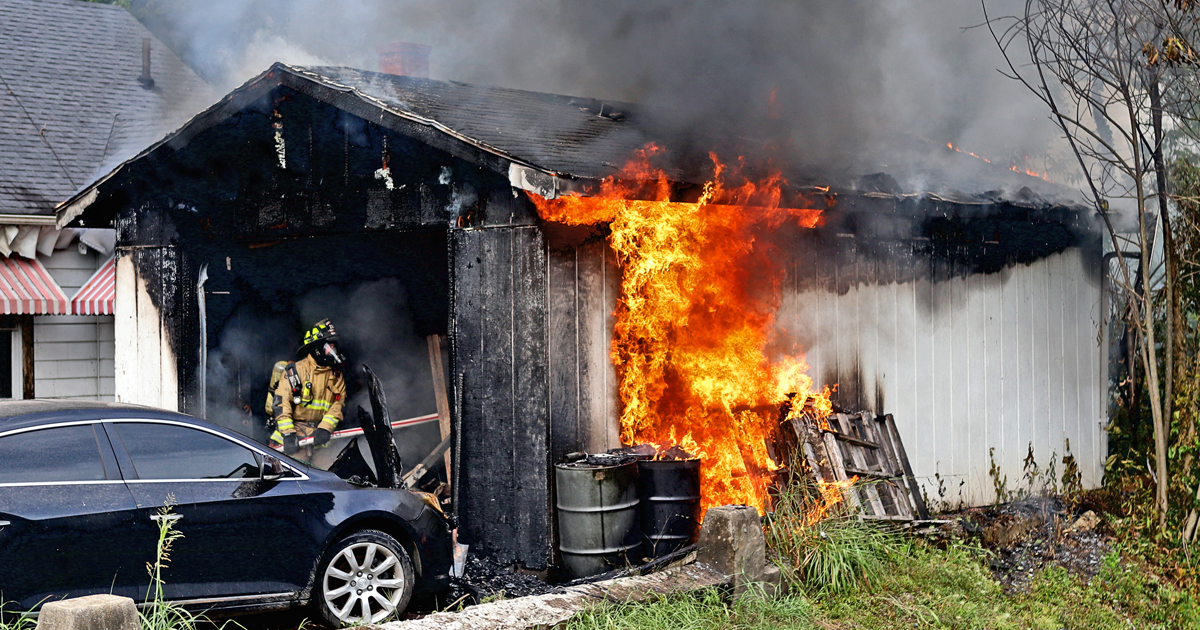 Firefighters believe a charging battery led to a garage fire at a home on Main Street Monday afternoon. No one was hurt in the blaze, which consumed the garage and damaged at least two nearby vehicles.

Firefighters believe a charging battery led to a garage fire on Main Street Monday, Aug. 12. The fire, which was discovered around 5 p.m., consumed the garage where Jonathan West works on cars. While the blaze damaged two vehicles and destroyed tools West has collected over the last 14 years, the Harrodsburg Fire Department was able to stop it from spreading to the house and nearby trees. No one was injured.

West said he had just returned from getting something to eat when he opened the garage and found it engulfed in flames. Harrodsburg Fire Chief Scott Hammons said he believes an overheating battery caused the blaze. But the fire was so destructive it was hard to tell where it started.

It’s been a busy couple of days for local firefighters. A Mercer County family is staying with relatives after a fire damaged their home on Sparrow Lane on Sunday.

According to WLEX, the father woke up, smelled smoke and grabbed the baby while his wife called 911.

No one was injured, but almost half the home was destroyed in the fire, with the rest suffering heavy smoke and fire damage, according to WLEX.  An investigation into the cause of the blaze is ongoing, firefighters say.

Donations for the family are being accepted on gofundme.com at coleman-family-house-fire.