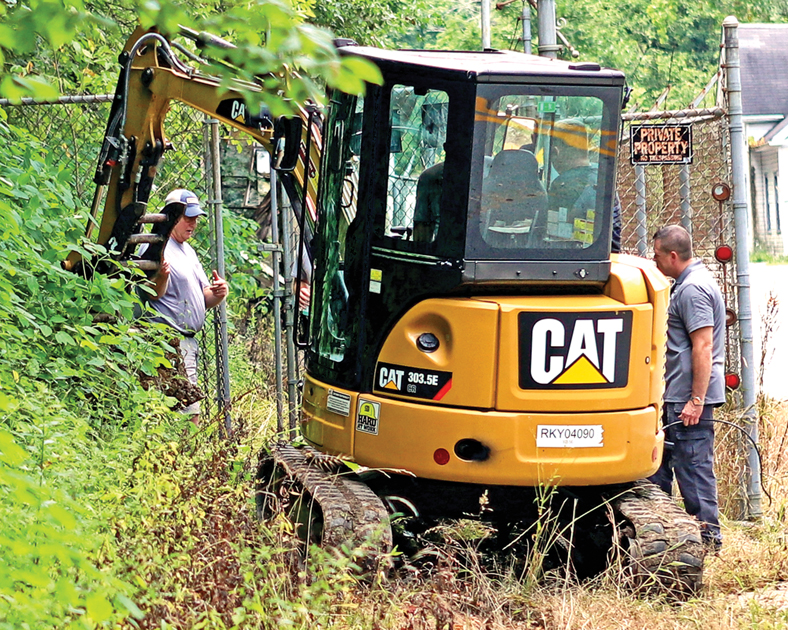 Howard Howells, a relative of Lt. Col. George M. Chinn, talks to police investigators about Chinn’s Cave House, which has been rumored as being the last resting place for Melanie Flynn for two decades. The latest search for Flynn has concentrated on the former campground known as Murphy’s Landing, which sits across the street.

Police are working with a team of archaeologists from the University of Kentucky to find Melanie Flynn, who disappeared in 1977.

Flynn was from Lexington, but for decades there have been rumors that she was buried somewhere in Mercer County.

For the last several weeks, officers from the Kentucky State Police and the Lexington Police Department have been searching at the former site of the Murphy’s Landing campground along the Kentucky River. They have sought pictures of the area from the 1970s as well as advice from locals.

Howard Howells, a relative of Lt. Col. George Morgan Chinn, recently showed officers around the Chinn’s Cave House, which Howells’ father still owns. Over the decades, the Cave House—which Col. Chinn blasted into the side of a hill using dynamite—has served as a diner, an underground gambling den, a produce warehouse and even a weapons testing area. Some believe the cave, which is closed to the public, may also be the last resting place of Flynn.

“That’s been the rumor for 15 to 20 years,” said Howells. He said he’s unlocked the property for police three to four times over the years. But so far, no one has ever found any trace of Flynn.

There have also been rumors that Flynn’s remains are in Herrington Lake, Howells said. However, according to the Lexington Herald-Leader, two tips—including a death bed confession—have led police to resume the search at Murphy’s Landing, which has also been known as Ward’s Landing and Brooklyn. 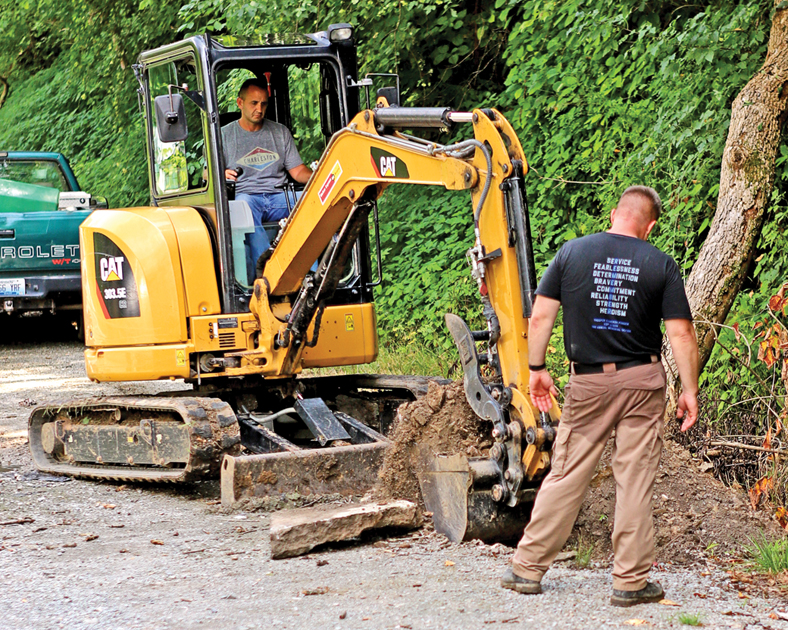 For the last three weeks, police have been searching in Mercer County along the Kentucky River for Melanie Flynn, who disappeared in 1977.

Flynn was last seen on Jan. 25, 1977, leaving the Kentucky High School Athletic Association in Lexington, where she worked as a secretary. She was 24 years old at the time of her disappearance, according to charleyproject.org, a website that publicizes cold cases.

Flynn’s car was found on Feb. 8, 1977, and her purse was found floating in the Kentucky River near Camp Nelson in Jessamine County in August 1977, according to the website.

It is believed that Flynn, who was working as a police  informant at the time of her disappearance, was murdered.

Her case figured in a book, “The Bluegrass Conspiracy: An Inside Story about Power, Greed, Drugs and Murder” and a series of articles in the Lexington Herald-Leader about former Central Kentucky law enforcement officers who were involved in the drug trade.

Police say they intend to continue searching this week.

Anyone with information can call the Lexington Police Department 859-258-3563.