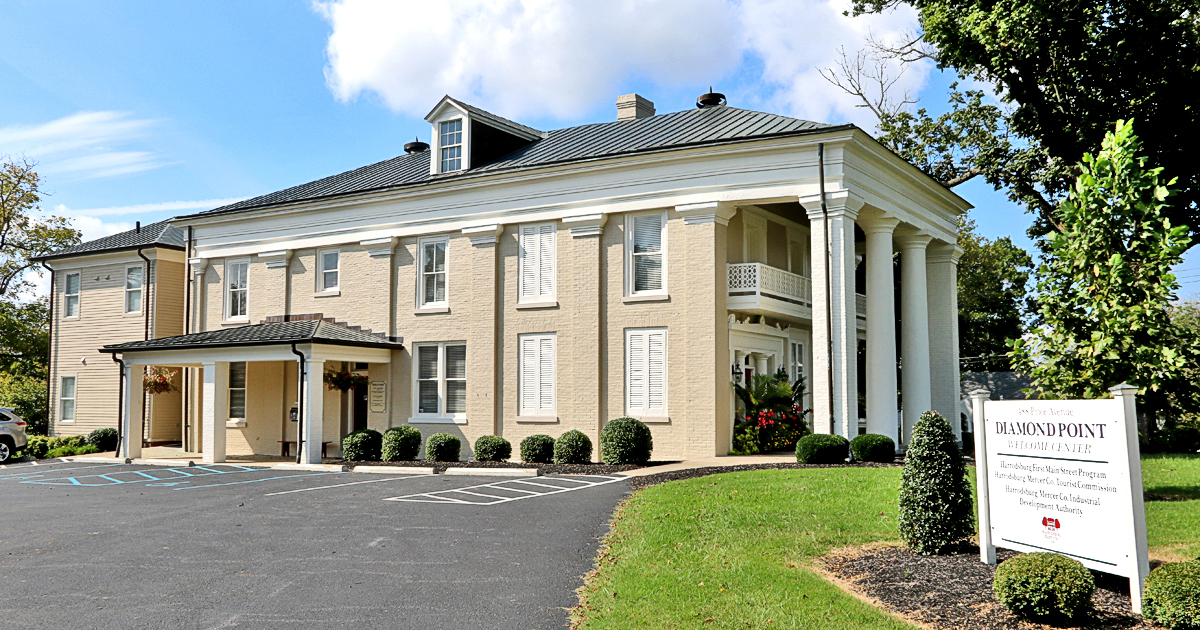 The Harrodsburg-Mercer County Tourist Commission has been forced to hold off on installing way-finding signs.

At last week’s meeting, the board of directors voted to pause the project after hearing the City of Harrodsburg was considering adopting a new logo. The tourist commission has spent $76,000 and six years trying to install signs which have the city’s old logo, featuring Pioneer Man, on them.

“We’re right in the middle of a big change in Harrodsburg,” said Mike Inman, who said he was worried the signs would be out of sync with the new logo. Inman said it doesn’t make sense to spend $76,000 and then change the signs.

The board voted last month to go ahead with the project, which has been held up because of a myriad of issues, including the state adopting new federal standards on roadside signage. Karen P. Hackett, executive director of the tourist commission, said she would contact the contractor, Central Seal, to see if printing has begun. It was not clear if the state would have to approve the new design.

“The last thing we want is a further delay,” aid Tim Kazimer. But Kazimer said it was vital for the community to present a unified front. “We’re going to have to live with these signs for a long time,” he said.

In other business, the tourist commission voted to nullify the May election of officers based on violations of the bylaws. The current officers were reinstated until a new election could be held in August and a new nominating committee was created.

“I consider our last election of officers not legitimate,” said Kazimer, who moved to nullify the results. He said there was only a two person nominating committee instead of a three person committee, which is required. “If we’re going to establish officers for this board, we need to follow the bylaws,” he said.

JoEtta Wickliffe asked if this was an attempt to remove her as treasurer of the tourist commission.

“This isn’t a personal attack on anybody,” said Kazimer, who has repeatedly refused to approve the monthly financial statements. “The purpose is to clarify the process.”

Chuck Dedman agreed. Dedman—a former chairman of the tourist commission and owner of the Beaumont Inn—was recently appointed to the board along with Bob Gigliotta of Shaker Village of Pleasant Hill. Dedman’s son, Dixon Dedman, was forced off the board in 2018 after it was revealed he no longer lived in Mercer County and was noncompliant with state law. Dedman said people had been removed from the board because of technicalities.

“We have to play by all the rules,” Dedman said. “We’ve got to do the right thing.”

The motion passed unanimously. Kathryn Tuggle, chair of the board of directors, named Kazimer, Wickliffe and Inman to the nominating committee, with Kazimer serving as chair.

The next meeting of the Harrodsburg-Mercer County Tourist Commission will be on Wednesday, Aug. 21, at 8 a.m.