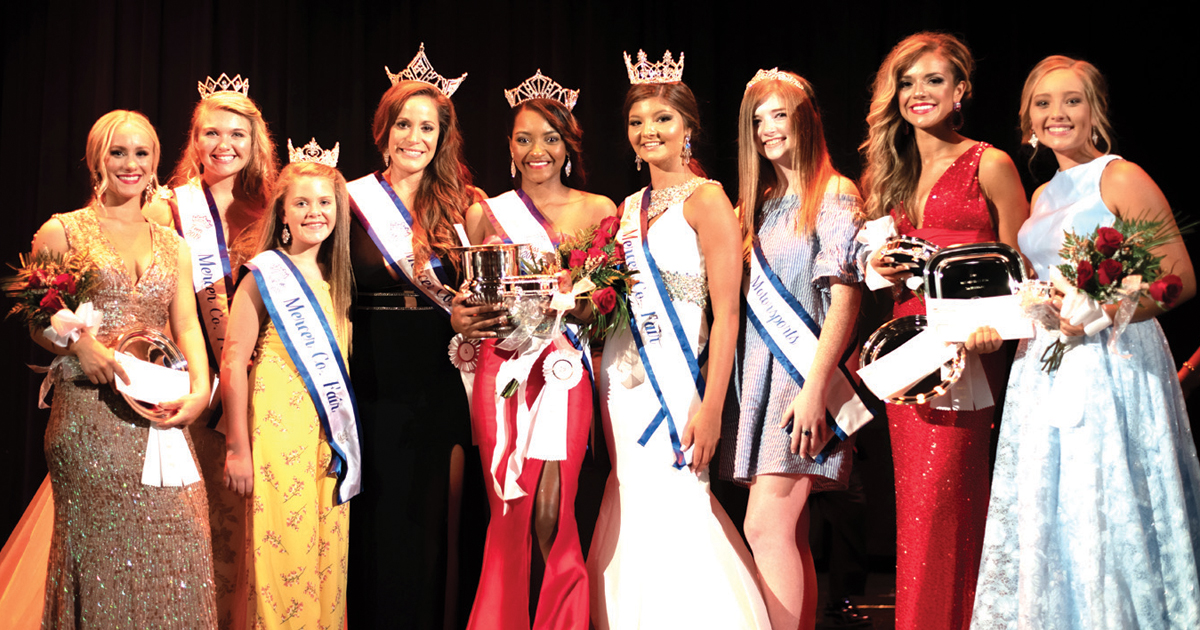 Even though the weather didn’t cooperate on Monday, three new queens were crowned at the Whitaker Bank 192nd Mercer County Fair and Horse Show.

Monday’s pageants were moved to the Mercer County Senior High auditorium and for the second year coordinators intermingled each portion of the three pageants to keep the packed auditorium entertained.

“I’m so full of emotions and excitement,” said Smith. “More than anything I’m grateful that the judges saw me fit to represent our hometown at state.” 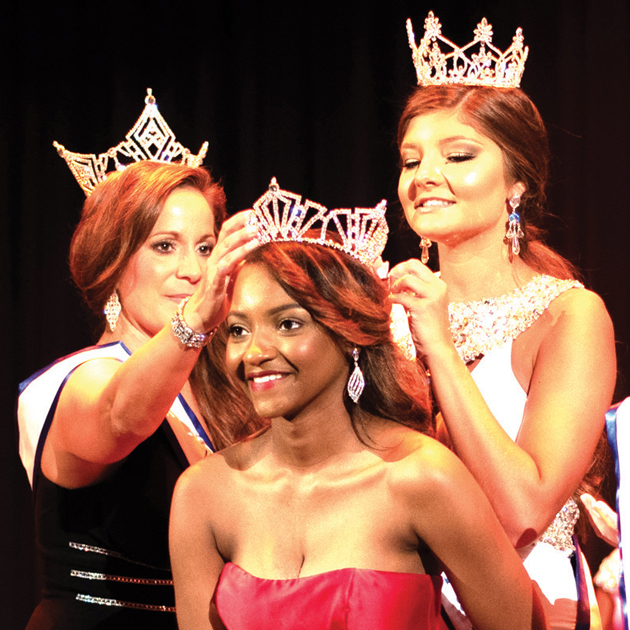 In its fourth year, the Ms. Mercer County Fair pageant had seven contestants with Karla Curtsinger crowned queen. Members of the queen’s court included Danielle Preston, first runner-up and Ashley Truman, second runner-up and Miss Congeniality. Beth Russell took home the most photogenic honors and Amanda Massie was awarded Ms. Congeniality by her peers. The Ms. Pageant is judged on poise and confidence on stage and when speaking during the active wear and formal dress portions.

The rest of the week included the Pre-Teen Mercer Fair, Little Miss and Mister and Tiny Miss and Mister pageants. (Editor’s Note: photographs and results from those pageants will be in the Aug. 1 edition). 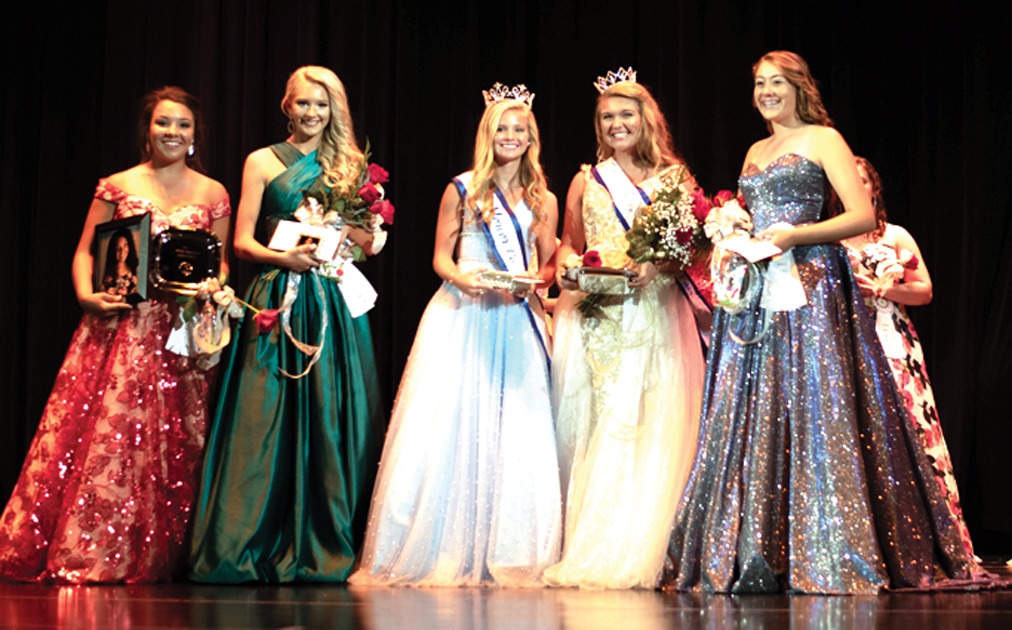 Center ring saw its first horse class Wednesday night. The horse show starts nightly at 6:30 p.m. with the championship classes culminating Saturday night. Before Saturday’s first horse show class, Saddlebred trainer Merrill Murray will be inducted into the Mercer County Fair and Horse Show Hall of Fame along with the late David Collier who served as radio and ring announcer for the horse show for several years.

The dairy show kicked off Saturday morning and the livestock pavilion (see page 2B for results) was busy with the sheep show Wednesday night. The swine, rabbit, goat and poultry shows will take place Saturday. The open beef show will be held Monday, July 29, at 6 p.m.

The motorsports arena sees its first action Wednesday night, with the KOI Dirt Drag. Tonight, Thursday, at 7 p.m. the Kentucky Truck Tuggers will be at the motorsports track and there will be a two-night demolition derby Friday and Saturday.