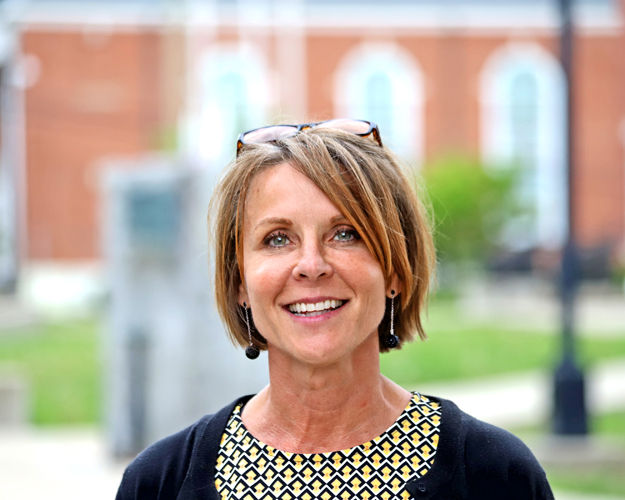 Terri Bradshaw has delivered an economic development plan to the City of Harrodsburg with seven main objectives and a list of action items to achieve those objectives.

If Harrodsburg and Mercer County want to grow, the way the various governmental entities, businesses and civic groups operate will have to change.

That’s one of the findings of the economic development plan Terri Bradshaw delivered to the Harrodsburg Board of Commissioners Monday night.

But Bradshaw’s call for cooperation went deeper than that. She said Harrodsburg has to work regionally, not in competition with other communities.

Bradshaw said Mercer County needs to differentiate itself from surrounding communities by offering what they don’t.

“You don’t need another Chili’s,” she said. “We already have a Chili’s.”

Bradshaw was hired in March to create an economic development report in March. Since then, Bradshaw has conducted 10-15 meetings with community groups and collected 250 responses from community report cards.

The plan unveiled Monday night has seven strategies and an attached to-do list of 106 items. The seven strategies are: making Harrodsburg a business-friendly community, creating a more vibrant downtown, improving the quality of life, creating a unified community marketing strategy, seeking outside funding for a variety of projects, optimizing tourism to promote economic development and improving connectivity to the outside world.

Bradshaw called the strategic plan “pretty simple.” She said it basically boils down to getting out the word about Harrodsburg.

“When we’re awesome, who are we going to tell?” she said.

While she said the tourism commission does a wonderful job promoting tourism, she said the community needs to do a better job of promoting itself to businesses and to the more than 2,000 high wage workers who hold jobs here but who do not live here.

That’s one of the reasons why, despite having the highest income of eight nearby communities, Mercer County also has the lowest household income, because so many workers leave the county.

“We have a problem keeping those folks who make great salaries here in Mercer County,” Bradshaw said.

Bradshaw recommends forming a city advisory committee of members from the various agencies who would meet monthly and create a unified marketing plan.

It could also help to dispel some of the persistent misconceptions many people have about Mercer County. Bradshaw noted that while many seem to blame the schools for high-earning workers not moving here, Mercer schools ranked 71st of all school districts in the state last year.

“There are a lot of misconceptions about this community we could change with just the right message,” she said.

“You have to incentivize early risk takers,” said Bradshaw, who stressed that doesn’t mean writing a check. She recommended providing builders and people who rehabilitate properties with tax abatements.

Another recommendation of the report is for the city to hire an economic development director.

Mayor Art Freeman thanked Bradshaw for her work, noting she had donated over 60 hours of time to the project that hadn’t been billed to the city.

“This isn’t the end of our relationship, we’ll be talking to you,” Freeman said.

Bradshaw’s report will be available to the public on the city’s website.

The next meeting of the Harrodsburg Board of Commissioners will be on Monday, July 22, at 6 p.m.