Nominations Due By Sept. 6 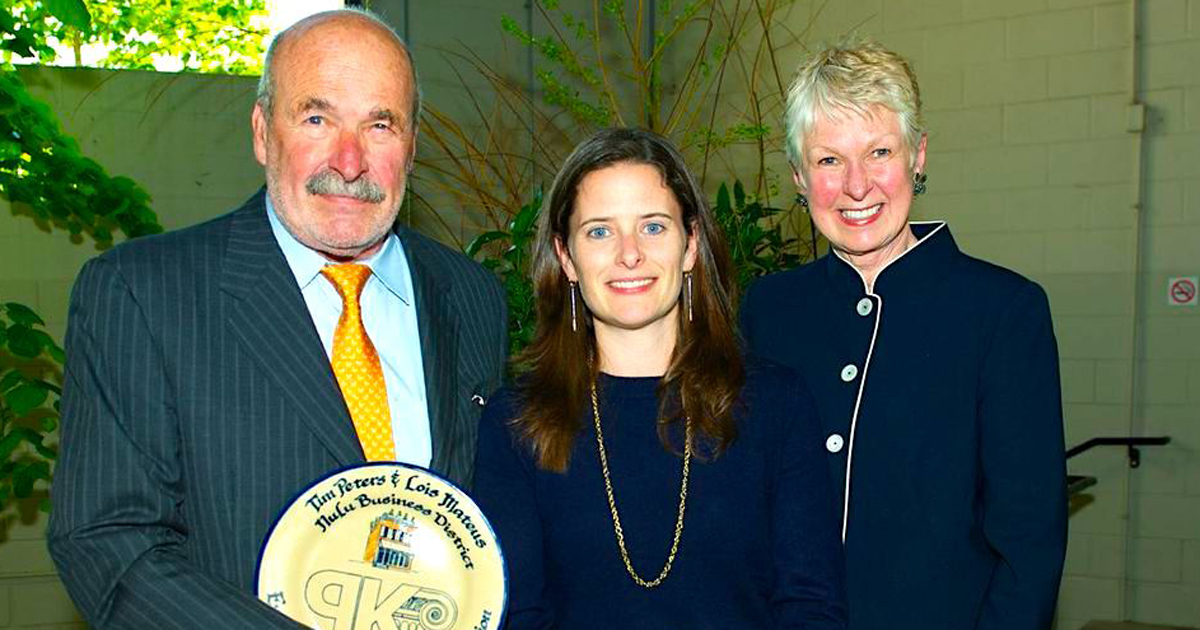 A new award has been created to recognize work done by a local couple to revitalize downtown Harrodsburg, as well as projects across Kentucky.

Preservation Kentucky is seeking nominations for the Tim Peters and Lois Mateus Excellence in Making a Difference on Main Street award.

According to a press release, the award is for “individuals who have demonstrated outstanding dedication to historic preservation by restoring, rehabilitating and adaptively reusing a commercial or residential building(s) that has served as a catalyst for revitalizing a Main Street corridor.”

In keeping with the work of Peters and Mateus, who have purchased and renovated eight buildings in downtown Harrodsburg, special consideration will be given for “individuals who have renovated a building in communities with a population of 75,000 or less,” according to the press release.

“Keeping Main Street alive is the primary motivation for Tim and me,” Mateus said. “Restored antique shops, restaurants, art galleries and boutiques not only improve and enhance the built environment, they bring life to the human environment as people shop, mix and mingle together.”

In addition to their work in Harrodsburg, Peters has renovated more than 100 buildings in Louisville and Jefferson County.

The latest of their acquisitions in Harrodsburg is the former National Hotel property at 235 South Main. The storefront on the building, which has been known as James Flats and last served as the home of Charmed Antiques, is being restored similar to other buildings on Main Street, Mateus said.

“The property has been leased to Tim and Jennifer Kazimer,” Mateus said, referring to the owners of the Kentucky Fudge Company. “The future use of the building and its interior development is in their capable and creative hands.”

“Recognizing the shared history, connection and social dialogue that communities lose when retailers disappear from Main Street, we have put emphasis on commercial tenants at the street level, but also on attractive living spaces on the upper levels,” Peters said. “Our experiences in both Harrodsburg, a small town, and in the NuLu district on East Market Street in Louisville prove that people are eager to live downtown.”

In addition, Peters serves on the Kentucky Heritage Council and Mateus is a member of the Kentucky Historical Society Foundation and co-chair of Harrodsburg’s 250th Celebration in 2024.

A native of Wisconsin, Peters attended the University of Wisconsin before joining the Army in 1965, serving in Vietnam where he received distinction as an infantry platoon leader in the 173 Airborne Brigade and was awarded two Bronze Stars before leaving military service in 1975 as an Army captain. He is a graduate of the University of Louisville.

Mateus is originally from Harrodsburg and a University of Kentucky graduate. As a senior executive at Brown-Forman, she is credited with the restoration of many of the company’s historic properties, including the Woodford Reserve Distillery in Versailles. Mateus retired from Brown-Forman in 2008 after 26 years, but she still acts as a consultant with the company.

In 2004, Peters and Mateus founded the Tallgrass Farm Foundation, an educational and culturally sustainable resource model that teaches students stewardship of natural and agricultural resources.

Nominations for the Tim Peters and Lois Mateus Excellence in Making a Difference on Main Street award, as well as the other Kentucky Preservation awards, is due by 5 p.m. on Friday, Sept. 6.

Nominations may be submitted online at http://preservationkentucky.org/annual-excellence-in-preservation-awards-call-for-nominations-2019.

The awards ceremony will be held on Saturday, Oct. 19, in Jefferson County.