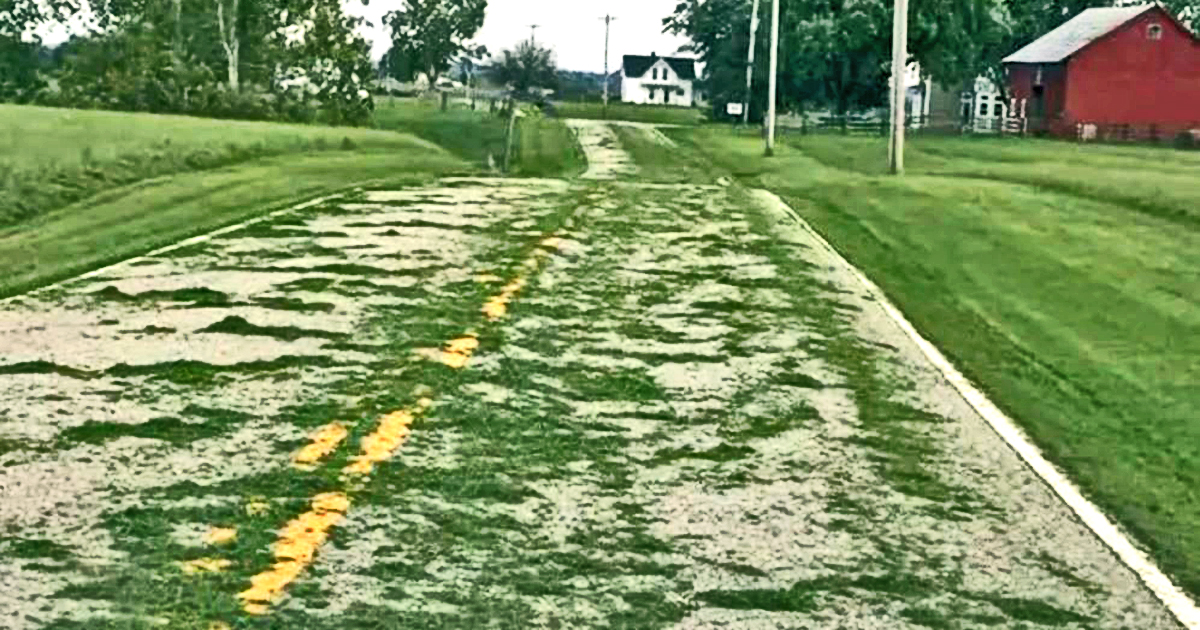 In The Streets Or In The Storm Sewers, Grass Clippings Are A Menace

It’s that time of year again, when the media warns homeowners against leaving grass clippings in the street. But Commissioner Charlie Mattingly of Harrodsburg has another message for homeowners: don’t drop your clippings down the storm sewer either.

Grass clippings in the roadway present a major hazard to motorcyclists and bicyclists. Freshly mown grass is slippery and can cause a biker to lose traction and crash. Some bikers describe riding on freshly cut grass clippings like riding on ice.

Just a week ago, Cheryl Zeglen, 59, of Canton, Illinois, was killed while riding with her husband and other motorcyclists on County Highway Route 6 in Bureau County. According to TV station KWQC, Zeglen slammed into her husband after he lost control when he ran into grass clippings. Zeglen was ejected from her motorcycle and died in the hospital two days later.

Leaving grass clippings in the roadway is against city ordinance.

According to city ordinance 92.06, “No person shall deposit or throw, or cause to be deposited or thrown, any mud, dirt, grass, weeds, trash, ashes, glass, nails, leaves, snow, ice, or any other substance or matter upon, or in any manner or by any means obstruct any sidewalk, curb, gutter, street, alley, creek, drain, storm water, or any other public way or place.”

Code Ordinance Enforcement Erich Ruehs of the Harrodsburg Police Department said he has about six cases a year of homeowners leaving their grass in the street. Ruehs said he talks to the homeowners first. He said most of the time, the homeowner complies, but if they don’t he writes them up.

A homeowner who leaves grass clippings in a public road also risks a lawsuit. According to Keven Moore, a risk management expert writing for the Kentucky Forward, even if the rider isn’t physically harmed, the homeowner could be on the hook to replace a totaled motorcycle or bicycle, which can cost thousands of dollars.

The same ordinance that bans leaving grass clippings on the street also prohibits throwing them down a storm sewer. Grass clippings and other yard waste blown in the street can clog curb inlets and pipes, leading to flooding.

“I’m pleading with the public, when you mow your yard, blow it back on the yard or pick it up,” Mattingly said.

The best thing a homeowner can do with grass clippings is leave it in their yard.

Experts say keeping grass clippings in the yard saves money on fertilizer by returning nutrients back into the soil. They also say it can save money on watering by building organic matter in the homeowners’ soil, where it belongs, instead of local creeks and streams, which results in algae blooms.

Find this and so much more in the latest issue of the Harrodsburg Herald. Click here to subscribe.