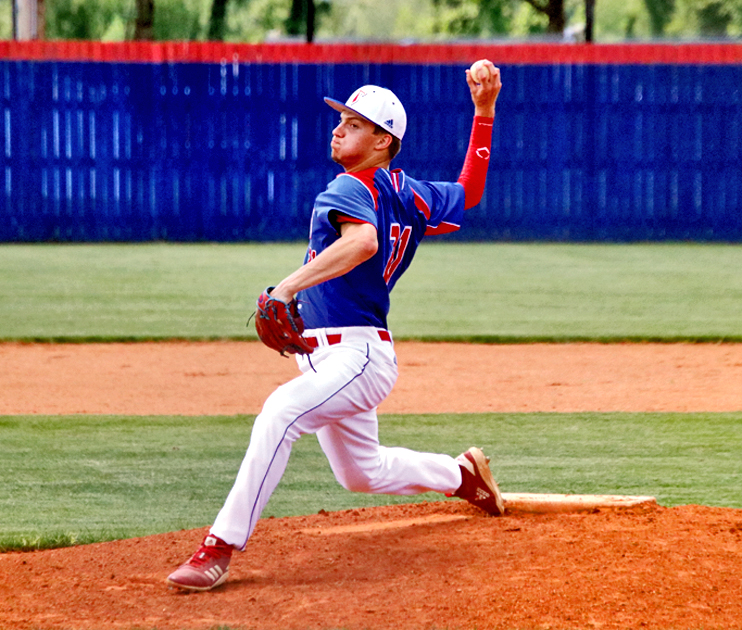 Mercer’s Dillon Warren was chosen for the East/West All-Star game.

Dillon Warren has had a very busy Spring. He was a leader on the field for the Mercer County Senior High School Baseball Titans, and when he wasn’t pitching or at-bat, he was jumping for the Titan track and field team.

This time one year ago Warren had just completed his sophomore season of baseball; his batting average was .268. A year later Warren completed his junior season with a BA of .447. This average was not only the best on the team but even garnered him recognition on the state level as one of the best batters in Kentucky. At one point this season Warren was 12th in the state of Kentucky and had a batting average of .500. “This baseball season was great. Coming off of an average season before, batting .268, then jumping up this year and finishing off with a .447, this year was very fun for me,” said Warren.

Warren excelled at the plate but may have proven even more effective in the field. This season Warren played every outfield position except catcher, first base, and third base. Warren often pitched and went 4-2 on the season with a 3.15 ERA. “The coaching staff liked to use the term, ‘utility player’ because I played so many positions,” said Warren.

Warren’s versatility and athleticism earned himself a spot on the roster for the East/West all-star game at Pleasure Ridge Park High School in Louisville. Mercer County head baseball coach Adam Shartzer knows first hand of Warrens ability. “I’m very happy for Dillon. Dillon had a great year and now he is rewarded with playing against some of the best competition in the state. He will also have a chance to display his skill set in front of college coaches,” said Shartzer. “There are only a few players selected from each region to participate in these games, so this is a great opportunity for him.”

Warren is appreciative of the opportunity to play in the all-star games and plans to showcase his skill at a high level. Being the lone player chosen to represent your high school is a humbling achievement. “ It feels really good to be the only player from Mercer, especially knowing the talent that I played with this year. I know this is a great opportunity for me and my future as an athlete,” said Warren. “I feel very humbled and blessed to have been asked to compete.”