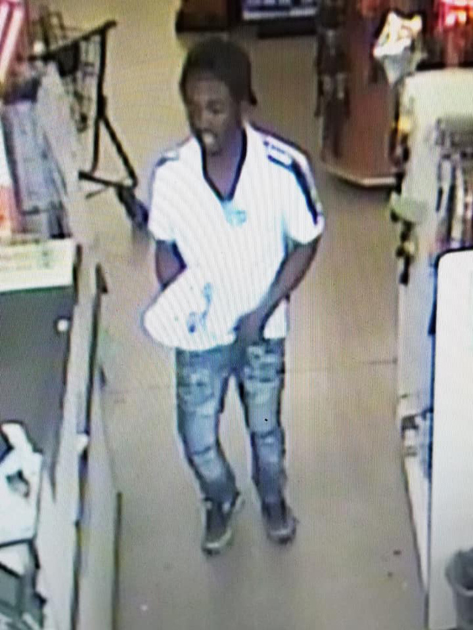 Surveillance video images of a man wanted for questioning by the Harrodsburg Police Department in connection with counterfeit bills used at four local stores. Anyone with information should call 734-3311. 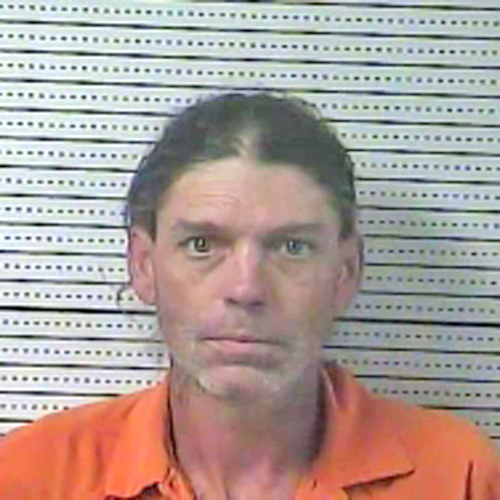 During a routine traffic stop, Joseph Simon was found to be in possession with fake bills similar to the ones that have been passed in at least local four stores. Police are trying to establish a link between Simon and the still unidentified man in the surveillance video images.

The Harrodsburg Police Department has put one person in jail in connection with phony money being passed at local businesses. But the HPD still needs the public’s help finding another man who may be a member in a possible counterfeiting ring.

On Thursday, June 6, at 8:33 p.m., Joseph Paul Simon, 45, of Harrodsburg, was stopped on Mooreland Avenue for failing to signal.

According to the HPD, Simon was found to be in possession of seven phony $100 bills similar to the counterfeits that have been passed at least four different local businesses.

While there is a good probability Simon has either passed the fake bills or is involved with the counterfeiters who have passed the bills, he was not originally wanted for questioning in connection with the case.

“We are still trying to determine if he was involved,” said HPD Major Tim Hurt.

Hurt said counterfeiters usually work in rings, making it easier to pass the bills, which are $100s and $20s.

The counterfeiters are either purchasing fake money online or printing their own. In addition to not having the same texture or official watermarks as legitimate money, some of the bills are clearly marked, “For Motion Picture Use Only.” But the counterfeiters usually strike when merchants are at their busiest, Hurt said.

customers are buying with higher denomination bills. Paying for a small purchase with a big bill can be a sign that someone is trying to pass funny money. In any case, with so many fakes being passed around, cashiers need to examine cash more carefully.

“Take a closer look at the bill,” Hurt said. 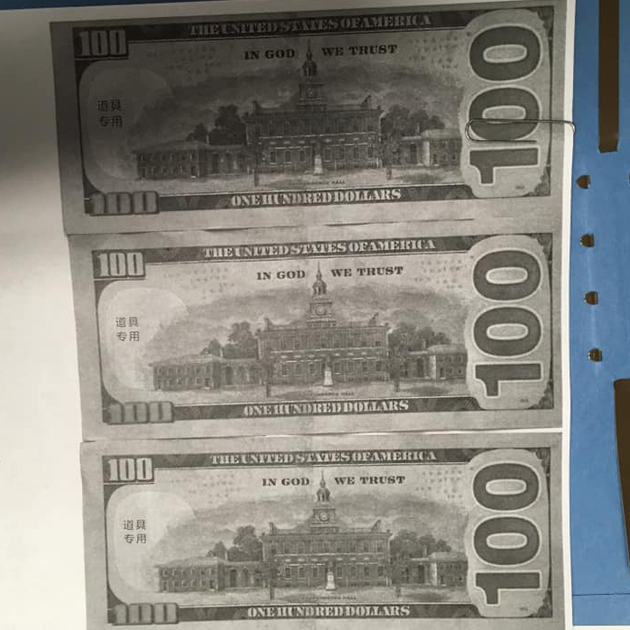 On examination, most of the counterfeit bills, like those seen here, are fake. But the funny money passers often wait until merchants are at their busiest before striking.

Simon is charged with failure to/improper signal, failure to wear seat belts, operating a motor vehicle under the influence of alcohol/drugs, possession of an open alcoholic beverage container in a motor vehicle, possession of marijuana, operating on a suspended/revoked operator’s license and 1st-degree criminal possession of a forged instrument—currency/credit card. He is being held on a $10,000 bond at Boyle County Detention Center. Patrolman Blake Darland (HPD) made the arrest. Anyone with information should call the HPD at 734-3311.