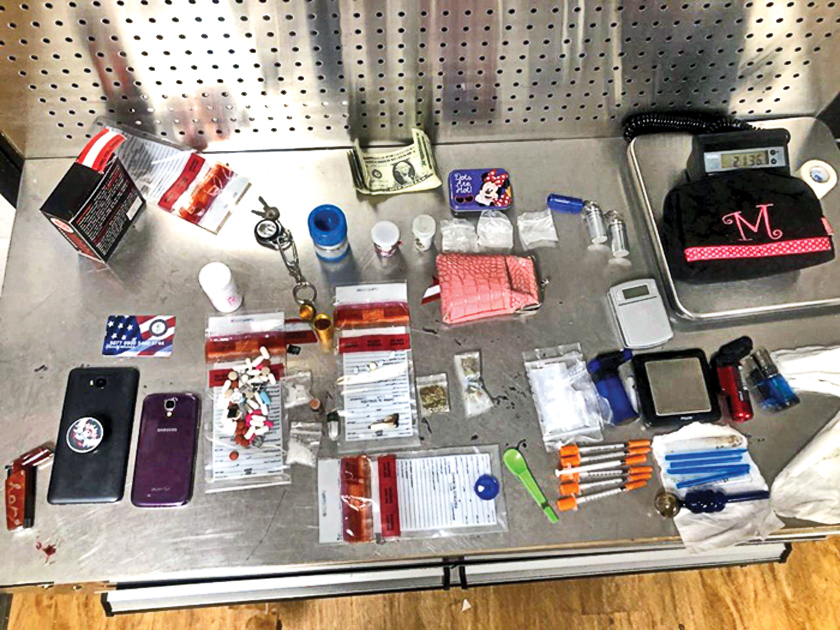 Some of the evidence seized in last week’s drug bust, which began with a complaint of people trespassing at an abandoned house.

Three people are in jail after a trespassing complaint led to a drug bust last week.

On Friday, May 31, at 7:22 p.m., police investigated a trespassing complaint at an abandoned house located on Marimon Avenue. Three people were discovered inside the house and arrested on drug charges. 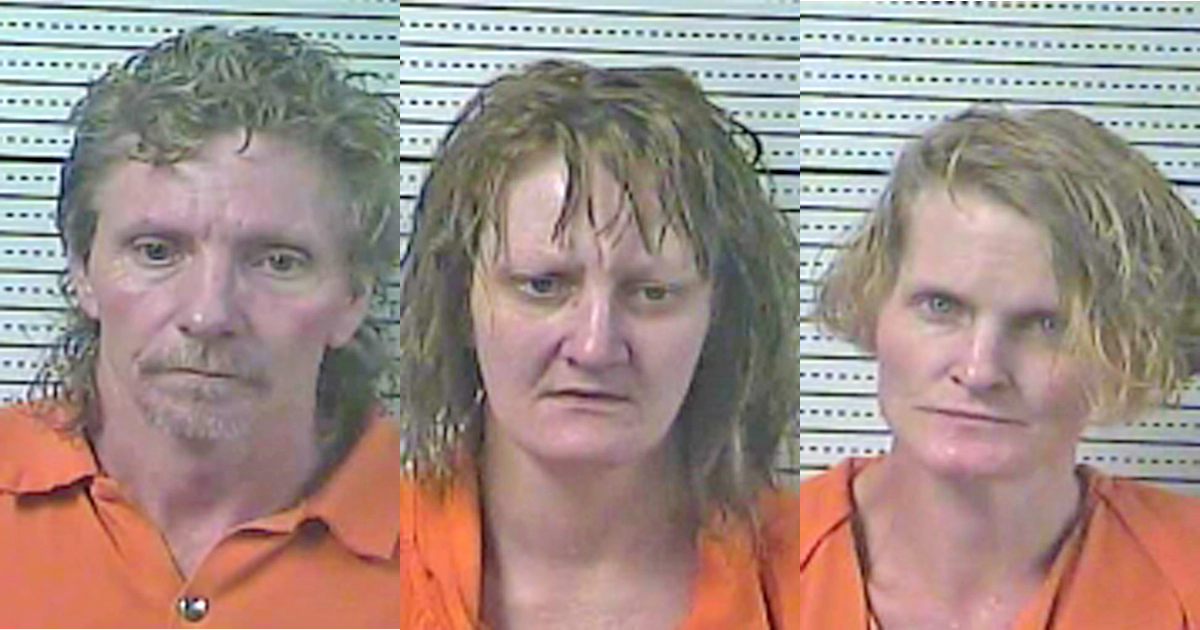 Earl and Lori Baker of Harrodsburg and Tammy Holt of Danville are being held at Boyle County Detention Center.

Earl Wayne Baker, 51, and Lori Lee Baker, 45, both of Harrodsburg, and Tammy Marie Holt, 41, of Danville, were charged with 1st-degree trafficking in methamphetamine, tampering with physical evidence, possession of drug paraphernalia, 3rd-degree criminal trespassing and possession of marijuana.

Lori Lee Baker was also charged with 3rd-degree possession of an unspecified controlled substance and possession of a prescribed medication not in its original container.

All three are being held at Boyle County Detention Center on bonds worth $10,000.

Patrolman Blake Darland of the Harrodsburg Police Department made the arrests.