Bailey Zammit: “It feels so unreal” 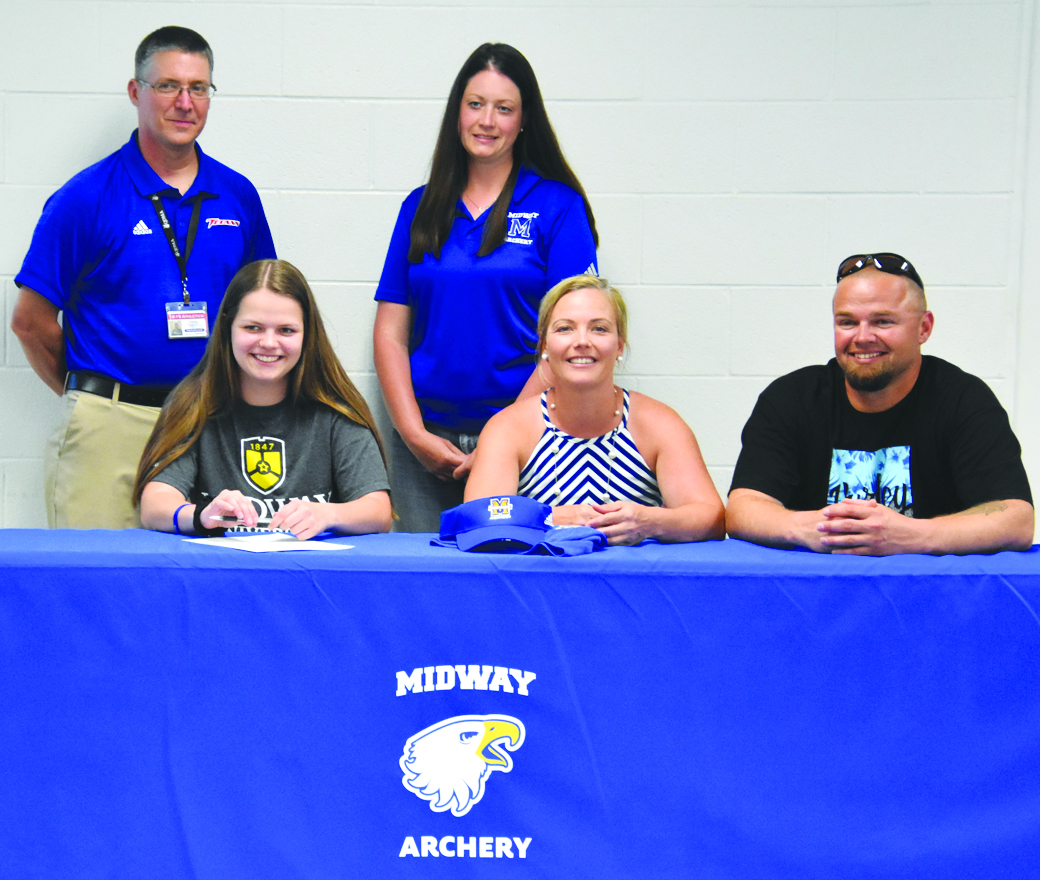 The season for Mercer County Titans archery ended just a few weeks ago at Nationals, but the historic season adds another headline.

Senior Bailey Zammitt, who just completed her first season on the archery team, became the first ever student-athlete from the program to receive a scholarship of any kind for archery. She signed with Midway University in a ceremony on Tuesday, May 21, surrounded by her parents and coaches.

“It feels so unreal and I am just so honored to have earned that opportunity from Midway University,” said Zammit.

She said this season has been filled with incredible moments.

“The best times during my high school career was just meeting new people along the way and making new friends at different archery tournaments throughout my senior season,” she said.

“Bailey was an exceptional person to work with this year,” he said.

In her first year on the archery team, she applied everything we asked her to do from the first day until the last day.”

Miller said what seperated her from her teammates was how she prepared and practiced.

“Her exceptional work ethic and discipline really shined at practice every day. I am so proud of what she accomplished in one year and can’t wait to watch her compete at the next level. I wish her the best of success.”