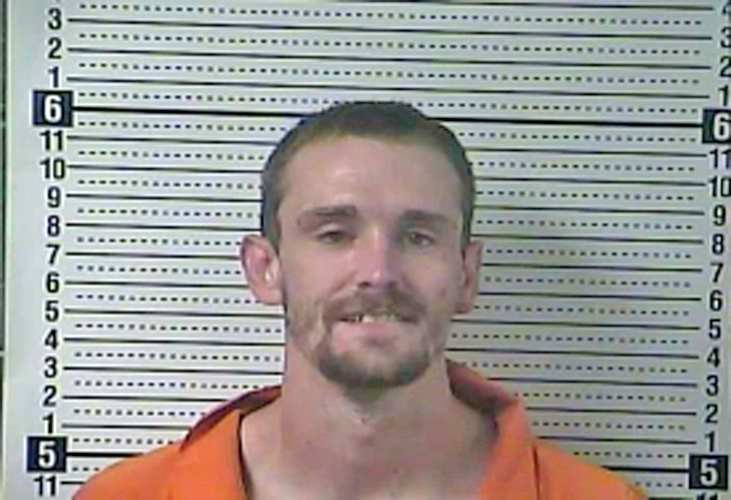 On Monday, May 6, at 6:50 a.m., police stopped a 1999 Volkswagen Beetle that turned from North College Street onto Commercial Drive without signaling.

According to the citation, the driver, Brandon Dion Clark Wilham, 29, of Harrodsburg, consented to a search of the vehicle. Police found a small piece of tin with drug residue, a large amount of coins in a Ziploc bag, a handgun in a green bag in the back seat and $1,600, all in one hundred dollar bills.

During the search, police learned Wilham had possibly used stolen credit cards and disposed of a wallet, as well as a Garmin GPS unit, at a gas station. Police located the wallet and contacted the owner, who said a large amount of coins and a handgun—which was subsequently identified by the serial number as the one Wilham had in his possession—as well as the wallet, which contained credit cards and $3,000 in cash, had been stolen from his vehicle the night before.

During a search of Wilham’s hotel room, police found two cans with burn marks and residue on the bottom. Police also found a bag in Wilham’s sock that contained methamphetamine and a syringe.

Wilham is charged with failure to signal, receiving stolen property (firearm), 1st-degree possession of methamphetamine and possession of drug paraphernalia. He is being held on a $10,000 bond. Cpl. Derek Patterson of the Harrodsburg Police Department made the arrest.