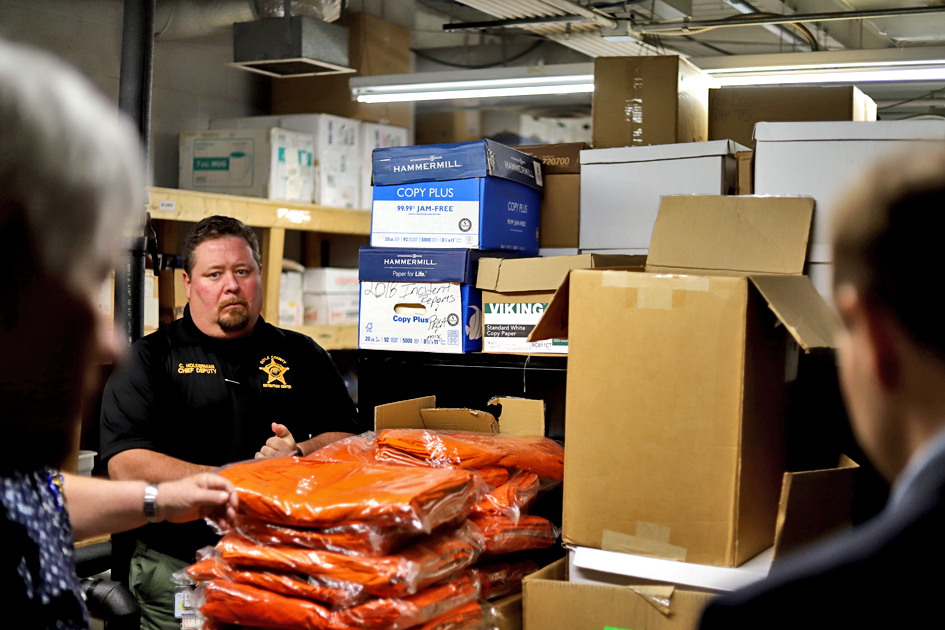 Boyle County Deputy Jailer Chad Holderman shows officials a store room. Consultants have cited the lack of storage space—as well as the lack of space to isolate troubled inmates—as a reason to expand the facility or build a new one.

Boyle County Jailer Brian Wofford led officials from Mercer and Boyle Counties on a tour of Boyle County Detention Center. The two county governments are trying to determine whether it’s better to repair the current facility, which is over 20 years old, or to build a new one. All pictures by Robert Moore. 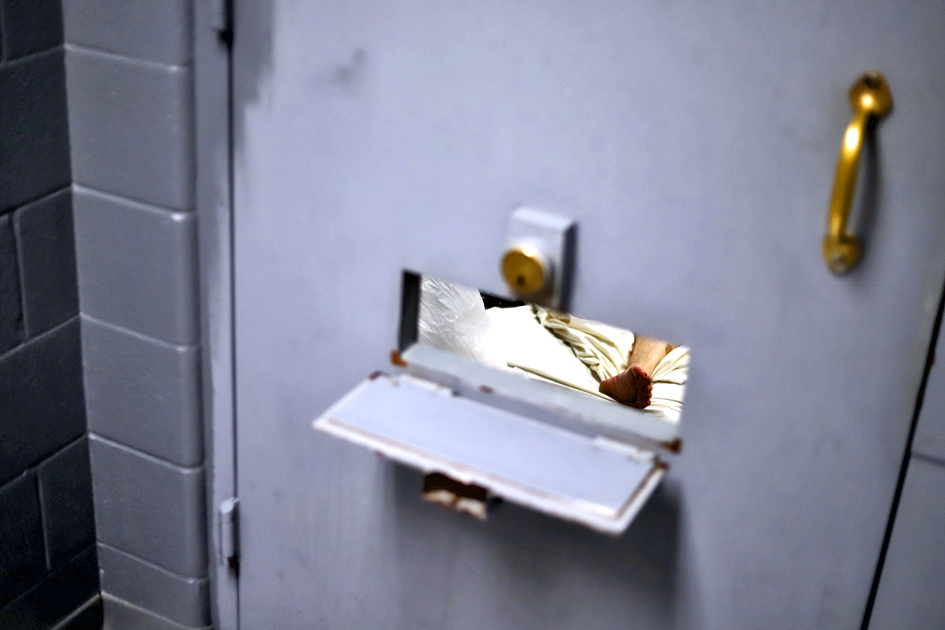 An inmate lies on a pallet on a cell floor. BCDC was built to house 220 inmates, but the current population is over 250, meaning many inmates don’t get beds. 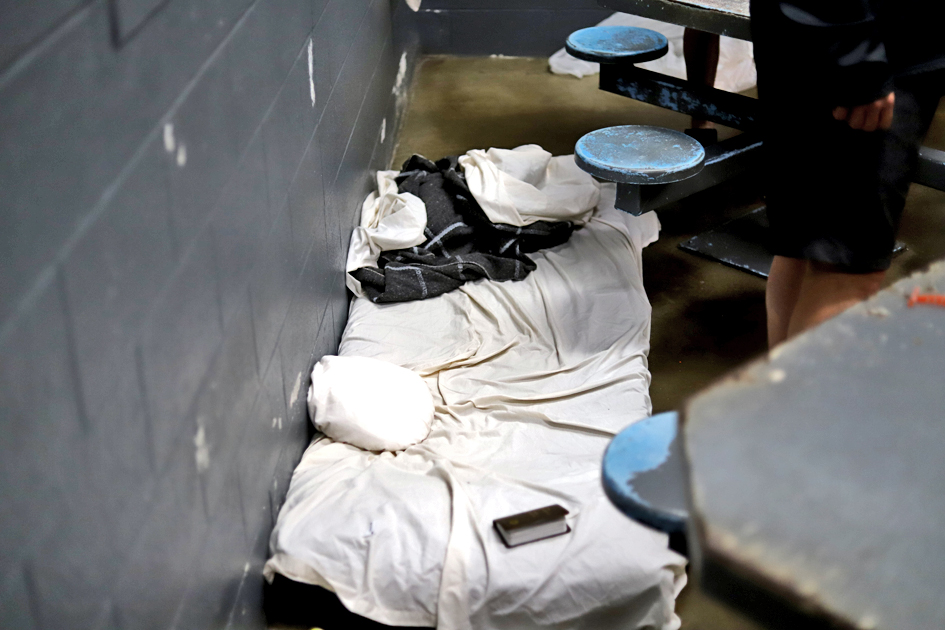 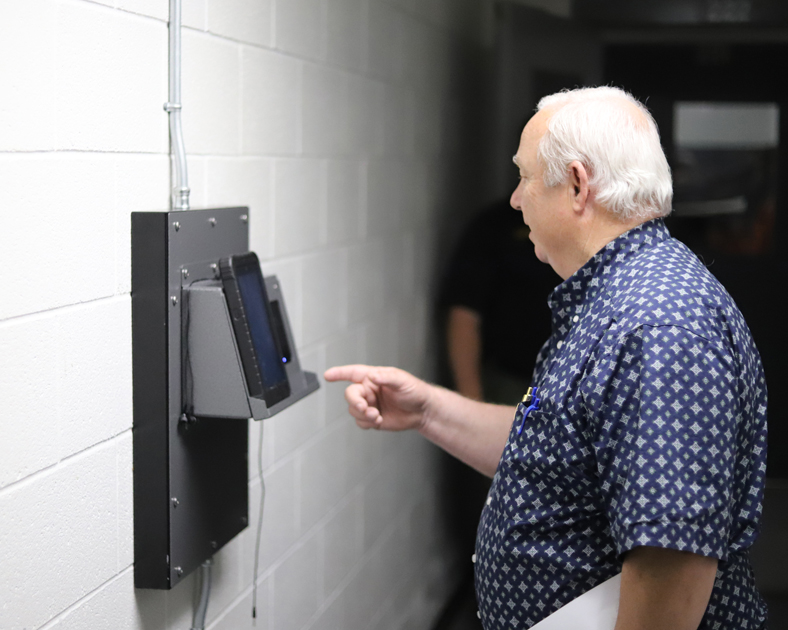 Boyle County Judge-Executive Howard Hunt examines an iPad, which is used by inmates to interact with visitors. 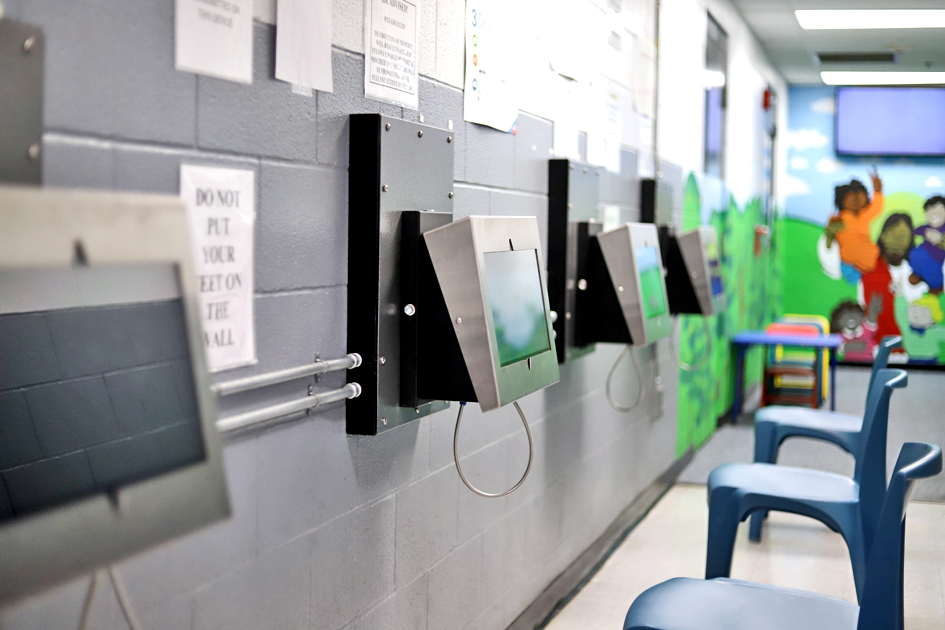 The family visitation area in the front lobby of the Boyle County Detention Center. Due to security restrictions, inmates interact with visitors through screens. 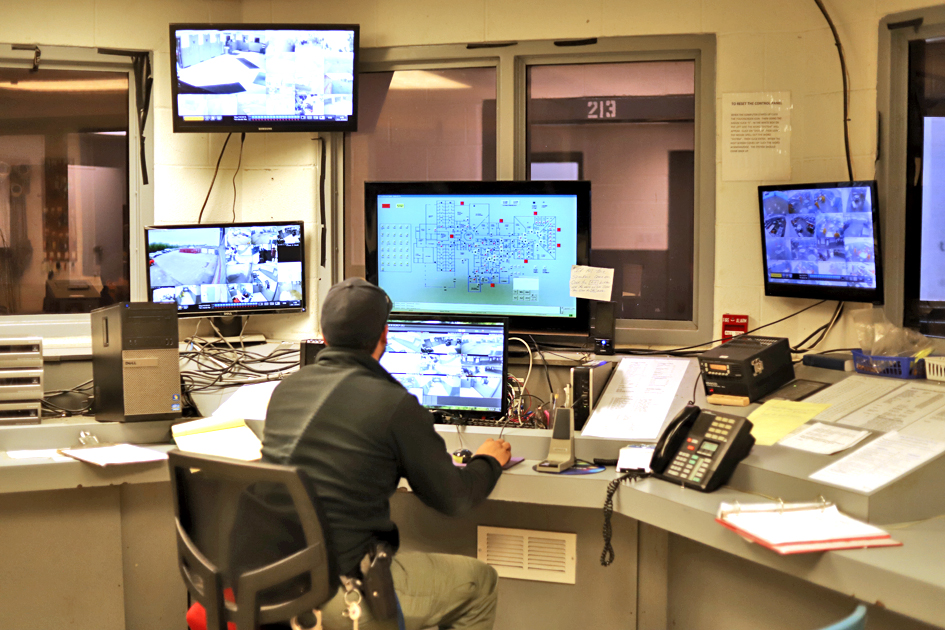 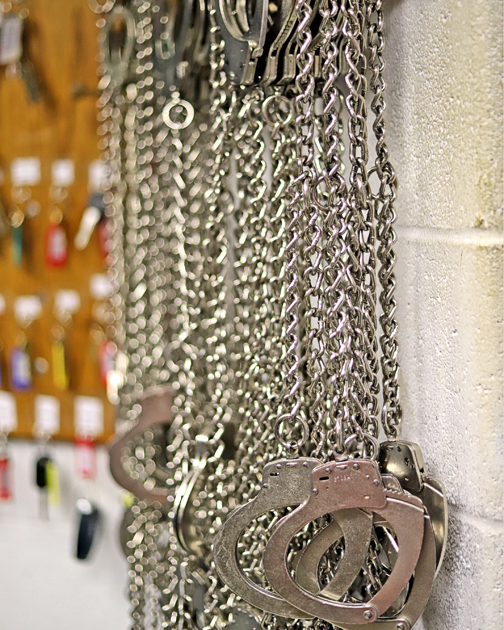 Manacles hanging on the wall of the control booth. 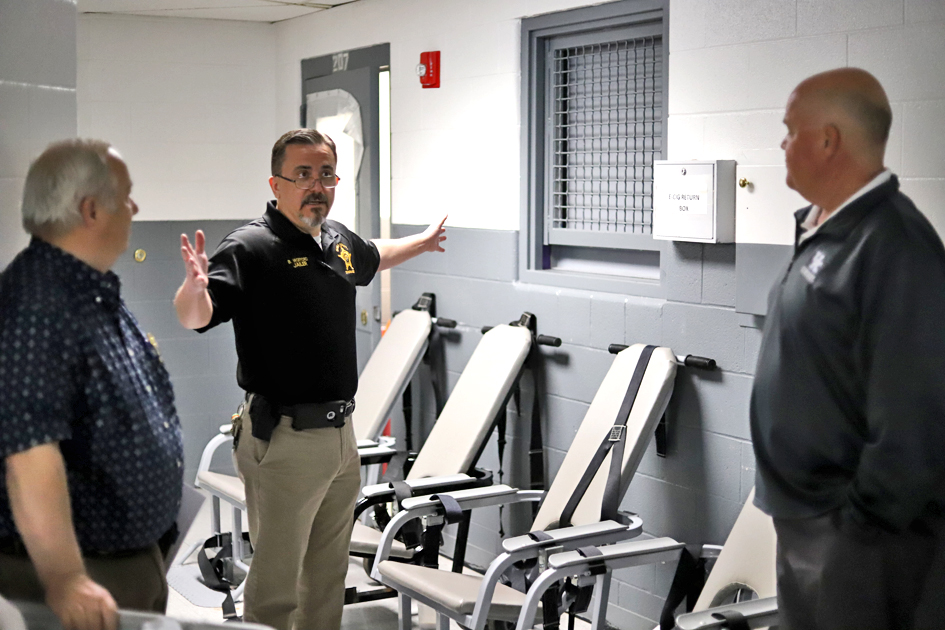 Boyle County Jailer Brian Wofford shows officials the isolation chairs where inmates suffering from mental health episodes or detoxing from drugs are kept. When the jail is overcrowded, inmates are often left in the corridor. 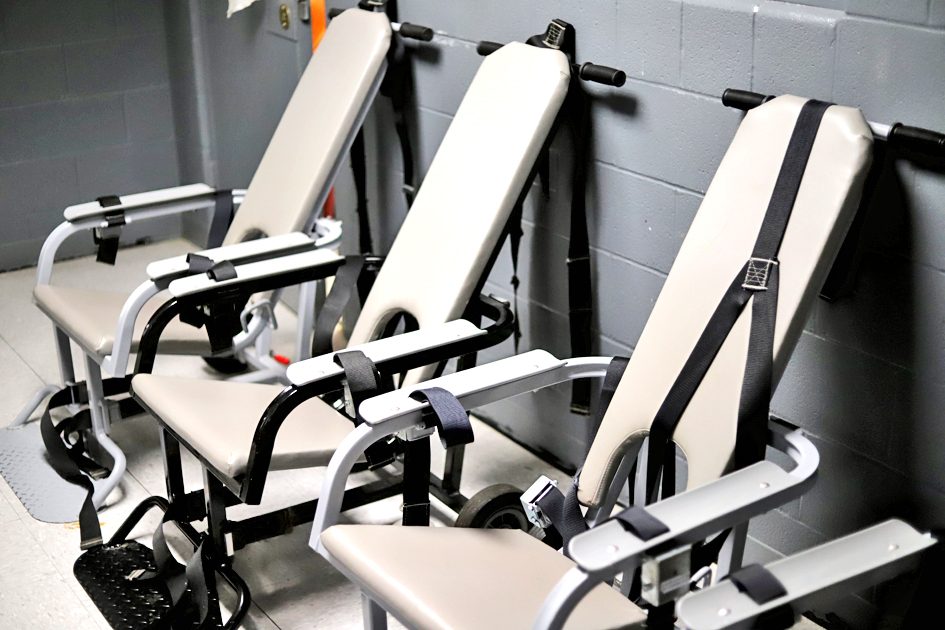