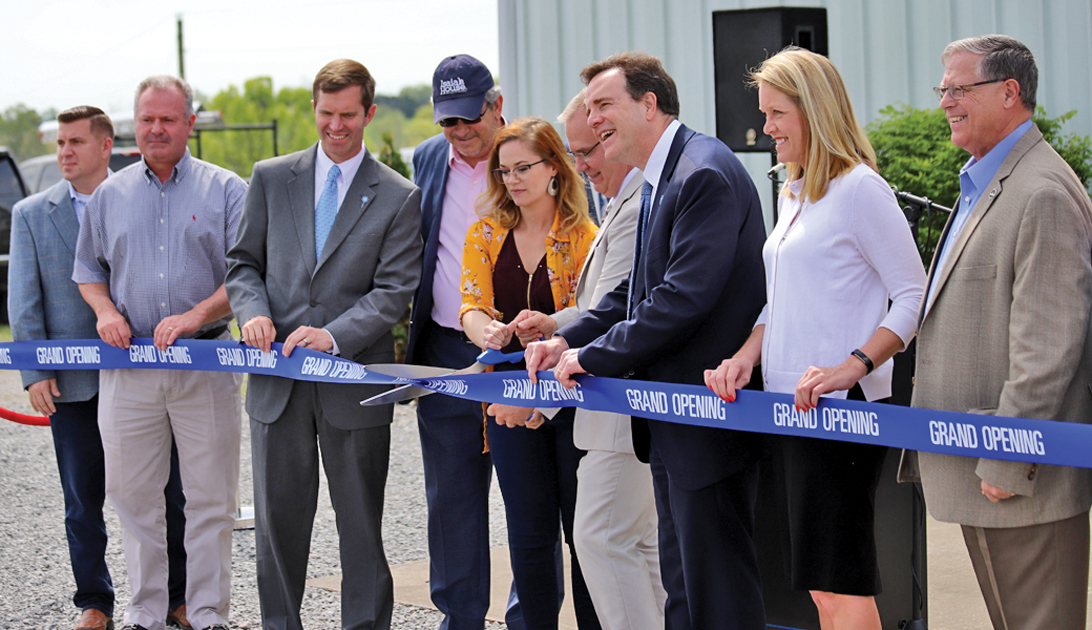 State and local officials helped open the Lucy Walker Center, a 16-bed drug treatment facility for women on Bohon Road operated by Isaiah House. However, there has been strong local opposition to the opening of a second facility nearby.

The Harrodsburg City Commission is moving forward with amending current zoning ordinances that would open up general business districts zoned B2 for a variety of  conditional uses, including possibly drug rehabilitation facilities.

“It’s not final action, it comes back to you guys for final action,” said Planning and Zoning Executive Director Shawn Moore.

Currently, the city does not permit conditional use in B2 districts. The amendment being sent to planning and zoning would allow conditional permission to be extended to “hospitals, clinics and similar medical facilities, mental health facilities, nursing homes, convalescent homes, rest homes, orphanages, rehabilitation homes, assisted living homes, family care centers/providers, day care centers/providers and shelters for the homeless,” according to the text of the amendment.

The county already allows conditional use permits, Moore said, and, if the amendment were enacted, the city’s regulations would mirror the county’s.

Mental health facilities include drug treatment centers, such as the proposed facility on Bohon Road requested by Isaiah House last month. Citizens who live near the proposed facility showed up to voice their opposition. The Mercer County Joint Board of Adjustments failed to approve a conditional use permit for the facility back in March.

“This is to make it possible to locate a drug treatment facility in a B2 district,” Moore said.

However, Commissioner Jack Coleman, who brought the amendment before the commission and has spoken about the need for it at several meetings, said, “This is not an event-specific decision.”

“Why do we need this amendment?” asked Commissioner Charlie Mattingly.

Moore said the amendment would give the city commission control over whether a conditional use would be allowed or not. “It provides another layer of discretion,” Moore said.

Commissioner Coleman said it would give people on either side of the issue a voice in the decision.

“We have given them the ability to go through planning and zoning,” Coleman said. “You don’t want the citizens in the community to have a voice in what’s going on?”

Mayor Art Freeman said he lives in a B2 district. “I don’t have to worry about a drug treatment facility or halfway house opening in my neighborhood,” Freeman said.

Mattingly asked if the amendment had any connection to another Isaiah House facility in Harrodsburg.

“I feel like we need more information,” he said. “I know who’s going to apply if this gets passed.”

Coleman moved to forward the proposed amendment to planning and zoning. Commissioner Marvin “Bubby” Isham seconded the motion, saying, “I just want to hear more about it.”

The motion passed, three votes to one, with Mattingly voting against it and Mayor Freeman, citing the vote tally, not voting.

The amendment will be considered by the planning and zoning commission at their meeting on June 11. It will not return to the city commission until July.

The next meeting of the Harrodsburg City Commission will be on Tuesday, May 28, at 6 p.m.