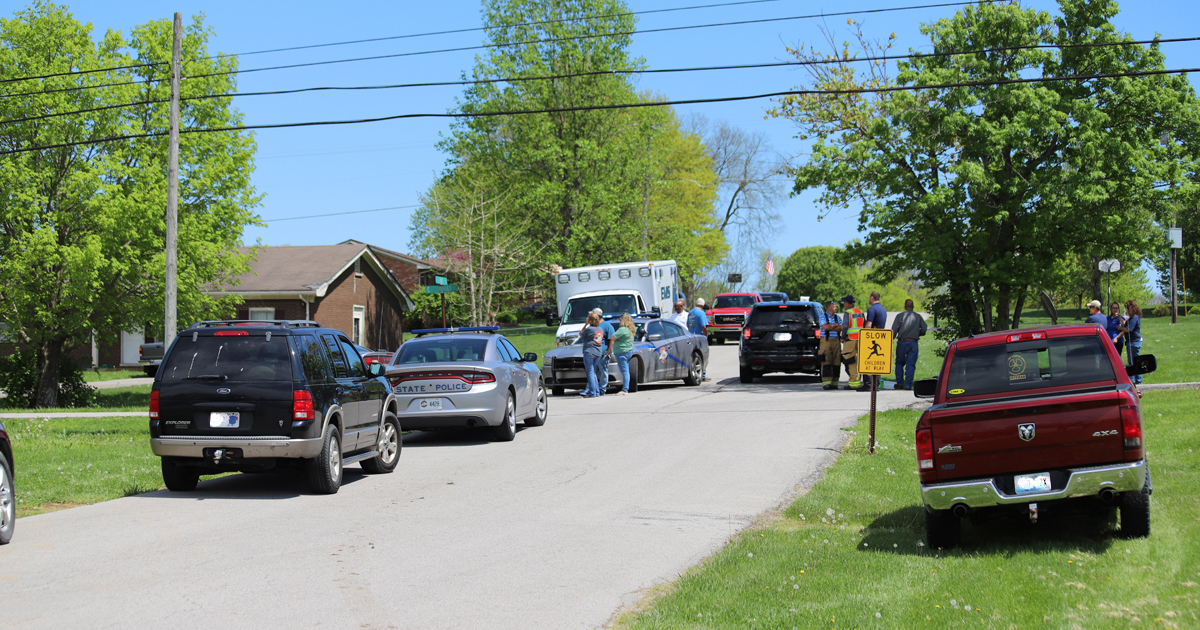 A stand off between a suicidal man who had barricaded himself in his garage and the Mercer County Sheriff’s Office was resolved peacefully after 12 hours on Monday.

A nearly 12-hour long standoff between police and a man threatening to kill himself was resolved peacefully Monday night.

At 9:15 a.m. on Monday, April 22, the Mercer County Sheriff’s Office was called to the Cottonwood Estates subdivision to deal with a man threatening to end his life.

It is the second time this month police have had to talk the man out of suicide. On April 8, it took Dep. Tim Gambrel over three hours to convince him to surrender his weapon, a 9mm handgun.

This time, the man was armed with a .22 rifle and he didn’t surrender until 9:15 p.m., according to Sheriff Ernie Kelty. Kelty said the man never threatened anyone but himself.

The sheriff spent most of the day trying to negotiate with the man through a glass door. Kelty said at 5:30 p.m., he asked the Kentucky State Police to help. KSP assumed control of the situation, but had Kelty and Gambrel, who both know the man personally, continue talking to him.

Kelty said KSP was committed to resolving the situation peacefully, but moved in their Special Response Team at around 7:30 p.m. and asked Kelty and his deputies to withdraw.

At 9:15 p.m., the man, still carrying the rifle, emerged from the garage where he’d barricaded himself and asked for Gambrel and Kelty. He returned to the garage, then came out unarmed, and complied when Kelty asked him to surrender.

“He put his hands over his head and walked out to the driveway,” the sheriff said.

The man was taken to a mental health facility for evaluation and treatment. Kelty said he had talked to the man’s family about preventing another situation.

“We have talked to the family and given them some advice,” the sheriff said. “I told them I’d help them any way I could.”