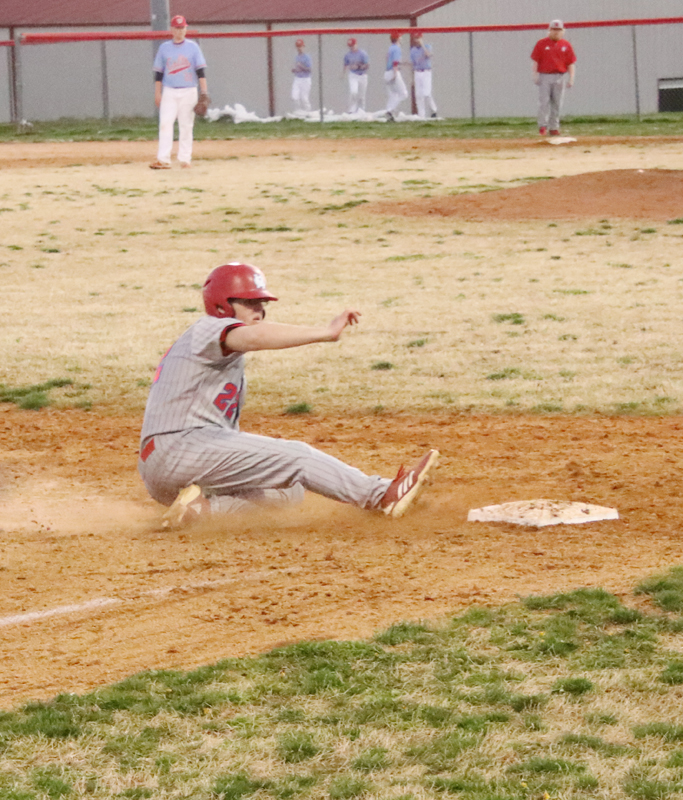 In the first 46th District match up of the season for both teams, the West Jessamine Colts (4-6) defeated the Mercer County Titans (9-3) by a final score of 12-11 in an exciting ball game at West Jessamine High School on Tuesday, April 9.

Junior Mason Smith took the loss for the Titans, pitching one and one thirds innings, giving up six runs on five hits, five earned, three walks and three strikeouts.

Senior Josh Barnett came in for relief for two-thirds of an inning, recording two outs.

“We hit the ball like crazy, we hit it all over the park. I’ve never seen the ball fly in this place like it did tonight and I’ve been here four years,” said Head Coach Adam Shartzer. “We could’ve made a few more plays defensively, Dillon (Warren) came in and helped out Mason (Smith) a little bit, but you just have to give them credit. They swung the ball well tonight. They were just as aggressive as we were. A play here, a play there, it could’ve gone either way.”

The Titans struck first, scoring two runs in the first inning off a sacrifice fly by Smith and a RBI-single by senior Jamason Sherrow.

The Colts answered with two runs of their own in the bottom half of the first.

Smith drew a bases loaded walk to give the Titans a 3-2 lead.

West tied the game back up at three after Jackson Green’s RBI double. Nathaniel Frank’s two RBI-single and a bases loaded walk issued by Smith gave the Colts a 6-3 lead.

The Titans cut the three-run lead to one after Smith’s RBI-triple and later scoring on a wild pitch.

Blake Crockett’s bases clearing triple and Green’s two-RBI triple gave West an 11-5 cushion after four innings. But the Titans battled back, scoring two in the top of the fifth on a RBI-triple by sophomore Landon McGinnis and a RBI-ground out by Dillon Warren to make it 11-7.

Hunter Peel’s RBI single gave West a 12-7 lead in the bottom of the fifth.

Mercer County kept battling. Freshman Cayden Devine’s RBI-single and an error brought the Titans within three runs after the top of the sixth inning.

After Dillon Warren’s one-two-three sixth inning on the mound, the Titans had one final chance to extend the game.

Senior Nathan Tatum’s two-RBI single cut the lead to one, 12-11, but Smith was called out at third.

Ethan Davis got the final two outs to secure the district win for West.

The Titans will be back on the field today, Thursday, April 11, in another district matchup against East Jessamine at Amos Black Field. First pitch is set for 6 p.m. 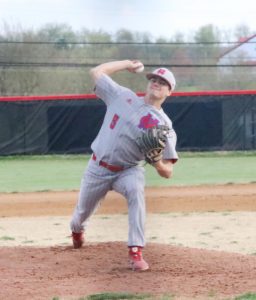 Junior Mason Smith started the game against the Colts. 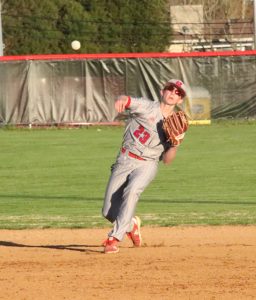 Sophomore Sam Baughman fields a grounder at second base against West Jessamine. 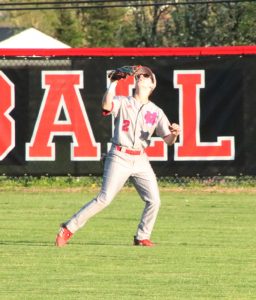 Senior Cameron Warren shields the sun to make a catch against the Colts. 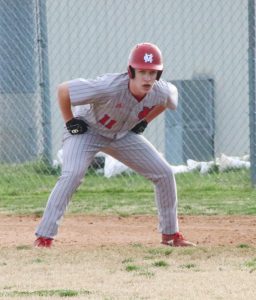 Sophomore Sammy Berger leads off first base against West Jessamine.