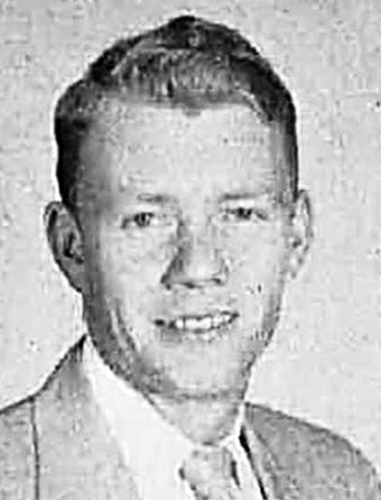 Rolling Thunder will come to Harrodsburg  to honor US Navy this weekend.

A remembrance and wreath laying ceremony will be held on Saturday, March 23, at the Mercer County Judicial Center at 2 p.m.

Tapp, a Harrodsburg native, is one of an estimated 2,500 Americans who remain unnaccounted for after the Vietnam War.

“As a community we can never forget about the ones we left behind on the battlefield. Your primary mission at Rolling Thunder is to remember,” said U.S. Navy veteran Todd Matonich, a board member at Rolling Thunder. “We are honored that we have the opportunity to bring awareness to the public so they know we will never forget the sacrifice.”

Rolling Thunder’s mission is to raise awareness of the many American soldiers who were left behind as prisoners of war or missing in action. They are a nonprofit organization.

On March 23, 1966, Tapp launched his Douglas A-4 Skyhawk Aircraft from the USS Enterprise as  leader of a nighttime armed reconnaissance mission into enemy territory in North Vietnam. While anti-aircraft fire was observed in the area, no difficulties were reported.

At about eight miles out, Tapp’s A-4 faded from the ship’s radar scope and he failed to respond to radio calls. Two helicopters and two destroyers were immediately dispatched to assist with the search. While scattered wreckage identified as belonging to Tapp’s aircraft was found, his remains were never recovered.

At the time of his death, Tapp was married with two children. His father, Leighman Anderson Tapp, died in 1961 while his mother, Gertrude Dorsett Gaskia, died in 1998.

The remembrance and wreath laying ceremony will be held on Saturday, March 23, at the Mercer County Judicial Center located at 224 South Main Street at 2 p.m. For more information, visit www.rollingthunderky5.org.