Webb, Hopkins And Story Are Among Those Charged 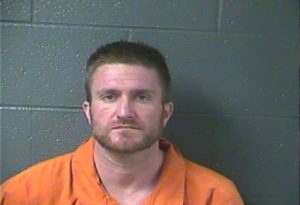 A Burgin man who set off a brief manhunt after a domestic dispute earlier this month has been indicted.

The Mercer County Sheriff’s Office (MCSO) reached out through social media to find Kyle Webb, 33, of 215 North Second Street, Burgin, on March 3. Webb surrendered peacefully later that day, but the victim suffered significant injuries that required medical treatment, according to the sheriff’s office. 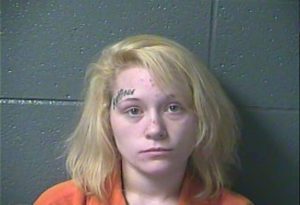 • Austin Lathrem, 25, of 449 Mooreland Avenue, is charged with 2nd-degree assault, a class C felony. According to the indictment, Lathrem caused serious physical injury to another person on Aug. 24, 2018.

• A man and woman who were arrested in a drug bust at Beaumont Plaza in January have been indicted. 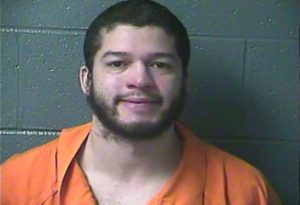 On Friday, Jan. 25,  Kelsey Hopkins, 20, of 109 Lisa Avenue, Danville, and Manuel Story, 27, of 130 East Broadway Street, Danville, were found sitting in a tan Cadillac pickup near the former Goodwill store location with plastic baggies containing illegal drugs, a set of digital scales and $2,893 in cash.

Last week, Hopkins and  Story were both indicted for 1st-degree trafficking in methamphetamine, a class C felony, and possession of drug paraphernalia, a Class A misdemeanor.

Bail for both was set at $10,000 with drug-related conditions, including reporting to pretrial services, submitting to random drug tests and being involved in no new arrests involving alcohol, illegal substances or pain medications with or without a prescription. Patrolman Brian Cloyd (Harrodsburg Police Department) testified.