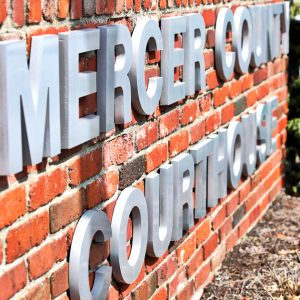 The way Mercer County Fiscal Court handles its finances has been under attack for the past year, with some taxpayers saying too much money is being kept in reserves.

On Tuesday morning, they were told they had good reason to be cautious.

R.J. Palmer of Compass Municipal Advisors, presented the fiscal court with his findings Tuesday. Compass, a firm who helps municipal bodies with long term capital planning among other financial services, was hired in October to take a “deep dive” into Mercer’s finances.

“The county has done a really good job,” Palmer said. He said expenses are down 18-percent since 2013.

The county keeps 62-percent of general funds in reserve, which is high compared to other counties. But in terms of dollars, Palmer said that wasn’t out of line.

The county takes in most of its money at one point of the year, but then spends most of it at another point in the year. The general fund goes down to 23-percent in July and August when the county pays insurance and other expenses.

“You have a great big swing,” Palmer said

He noted that only three employers account for nearly a quarter— $1.5 million—of county revenue.

“If one of those were to leave the community, you’d have a very hard time making up for that loss,” Palmer said. He said counties are limited in how they can raise revenue. “There is a potentially dangerous reliance on those three entities.”

“There are some challenges,” Palmer said. While the county does a good job with the expenses they can control, there are two areas in particular that are out of county’s control: pensions and housing inmates.

The state has capped the amount that pension contributions can increase at 12-percent a year. By 2024, the cost to Mercer is going to be about $600,000 more than it is today, said Palmer, who said the county needs to make plans to confront that.

“There are so many unknowns,” he said.

Another unknown is the future of Boyle County Detention Center. Palmer said they don’t know what the Boyle County Fiscal Court is going to do with their jail. Whatever they decide will impact Mercer’s budget.

Terry Dunne asked Palmer about the amount of money Mercer keeps in restricted funds, much of it kept in CDs.

“I would encourage you to keep money in the jail reserve,” Palmer said. While he said he could not comment on how the county operates—he said that was beyond the scope of his report—he noted Mercer and Boyle Counties share responsibility for the healthcare of every single inmate in the jail.

“All it would take is one sick inmate to bust the jail budget,” Palmer said.

A large majority of the reserve funds are in the road fund, which is restricted. Palmer said state contribution towards local roads is going down while the cost of blacktopping is increasing.

“If you start spending those funds, they are not going to be replenished quickly,” Palmer said.

He recommended the county increase capital outlays. Compass has created a plan to address deferred capital projects over the next several years, he said.

“By and large, the county is in really good shape,” Palmer said. He warned the fiscal court to continue carefully monitoring their finances.

“There’s lots of uncertainty out there,” Palmer said.

The next meeting of the Mercer County Fiscal Court will be Tuesday, March 26, at 10 a.m.