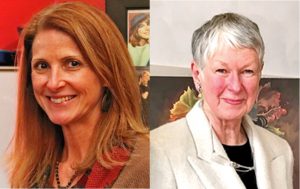 Leslie Bosse and Lois Mateus have been selected as co-chairs of the committee charged with organizing Harrodsburg’s 250th birthday celebration in 2024. Tony Dunbar, who was chosen to be chairman, is not pictured.

Leaders have been chosen to organize Harrodsburg’s 250th birthday in 2024.

On Monday night, Mayor Art Freeman announced that he and Judge-Executive Milward Dedman had picked three people from 50 candidates to lead the semiquincentennial committee.

Now that leaders have been picked, serious planning can get underway for the event, which is expected to be the biggest tourist event in Mercer County since the bicentennial in 1974.

Mayor Freeman and Judge Dedman and the new leadership will hold a public meeting on Thursday, April 11, at Lions Park Community Center at 6 p.m. Freeman said they are looking for ideas and people ready to volunteer. 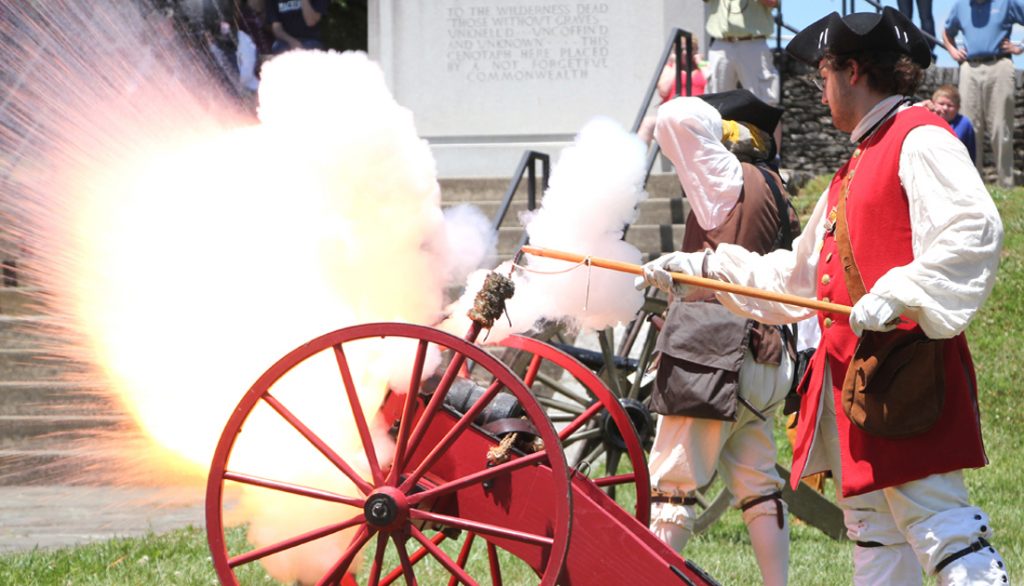 A reenactor fires a cannon during the 2016 Settlement and Raid at Old Fort Harrod State Park. Organizers are hoping to start things off with a bang when Harrodsburg celebrates its 250th birthday in 2024.

At Monday night’s meeting of the Harrodsburg Board of Commissioners, Hackett said they have made requests for the next budget year with both the city and the Mercer County Fiscal Court.

Hackett and Wagner held a public meeting last March to come up with ideas for the celebration, but it was not well attended, Hackett said.

The city commission also approved a revised memorandum of agreement between the city and Campbellsville University. The city is agreeing to spend up to $1-million—in cash or in kind contributions—over the next five years to build a public road.

In other business, Commissioner Isham, who oversees the city cemetery, said the city is considering raising the prices on graves by up to $200. The current price is $450—$250 for the grave and $200 for perpetual care.

The city commission will give first reading to the ordinance on Monday, April 8. Public discussion will be held on Monday, April 22. Isham asked anyone to contact the city with their concerns. He cited payroll expenses as one of the reasons for increase.

The next meeting of the Harrodsburg Board of Commissioners will be Monday, March 25, at 6 p.m.