Looking For Citizens To Adopt Flowerbeds 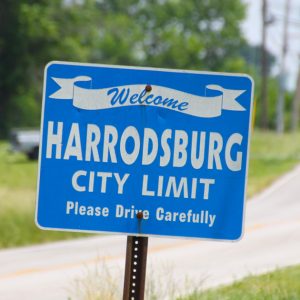 The Harrodsburg Board of Commissioners voted unanimously Monday night to pay for a citizen’s car repairs. But they were unhappy with the way it had been handled.

Ted Green went before the board to submit paperwork for damage done to his car after he struck a pothole on Cornishville Road back in November. While it’s a state road, the hole was created by city workers, Green said.

“It was negligence on the water department,” he told the board. He said the department had assumed responsibility for it.

The city has already paid $1,754 for repairs, but Green was asking for more. He said the total bill came to $2,868 because, after getting an initial estimate from a local mechanic, he had his car, a Jaguar, towed to a dealer in Louisville. Green said the pothole had dented rims in the front and back.

“I just want it to be covered,” Green said. “I was out of my car for a couple of weeks.”

Commissioners had a few objections. First, Green hadn’t gotten a police report at the time of the incident. Also, they noted that the city had paid for damages and now Green was asking for more money.

“If there’s not a police report or an insurance claim, I don’t think we should even consider it.” Coleman said.

Green said the water department had not wanted to involve the police.

Freeman said it should have been turned into both insurance companies. The mayor also said he didn’t understand how anyone could do that much damage to their car driving the speed limit.

Commissioner Scott Moseley moved to pay the balance, saying the first payment was an admission of the city’s responsibility. They all voted to approve the expenditure, although Mayor Freeman said he was voting yes reluctantly. “I don’t like cleaning up other people’s messes,” the mayor said. 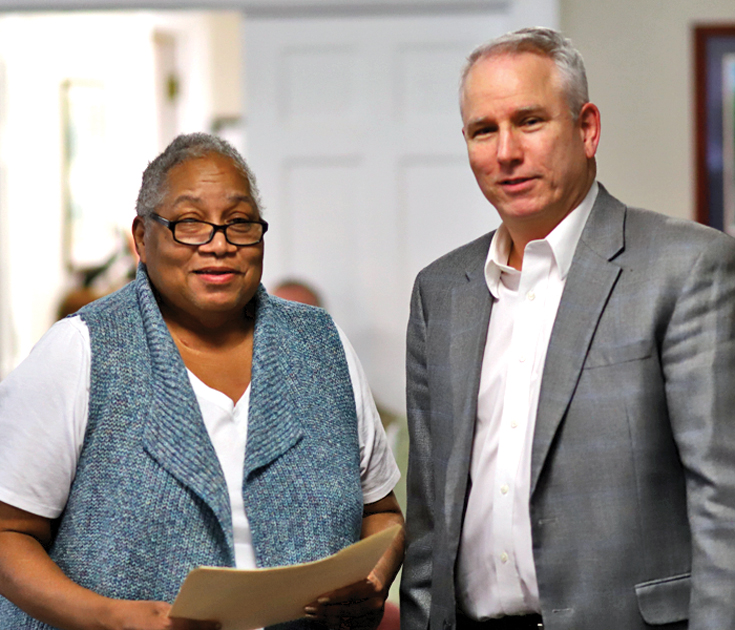 Ruth Ann Bryant was presented with the citizenship award by Commissioner Scott Moseley Monday night. Bryant served with the Harrodsburg Police Department for 32 years, and still volunteers her time and efforts to make Harrodsburg a better place.

The board of commissioners also learned the city is putting its flowerbeds up for adoption. Commissioner Charlie Mattingly, who oversees the public works department, said a citizen had come forward to adopt two flowerbeds located on Beaumont Avenue. Mattingly said she plans to adopt two more next year. She will pay for all the flowers, the city only needs to plant them.

Mattingly invited citizens to adopt other city flowerbeds located on McBrayer, Bonta and VanArsdall. He said it costs over $3,000 a year to maintain the flowerbeds. “If there is anyone who wants to adopt them, just call me and let me know,” Mattingly said.

The board also heard a complaint from Danny Woods about the condition of sidewalks on Beaumont Avenue, which Woods said were crumbling.

“I think that we need safe sidewalks,” said Woods. He said the city needs a “master plan” to increase Harrodsburg’s “walkability.”

“Sidewalks across the city are terrible,” agreed Commissioner Charlie Mattingly. Mattingly said it is too expensive for the city to repair Beaumont at present, saying it would cost well over $2-million to fix the street and install new sidewalks.

“We’ve got water issues—flooding on Beamumont Avenue,” Mattingly said. He said the only way to fix it is to strip Beaumont down to the roadbed and totally replace the sidewalks. “It’s a lot of construction that needs to be done,” Mattingly said.

The next meeting of the Harrodsburg Board of Commissioners will be Monday, March 11, at 6 p.m. at Harrodsburg City Hall.