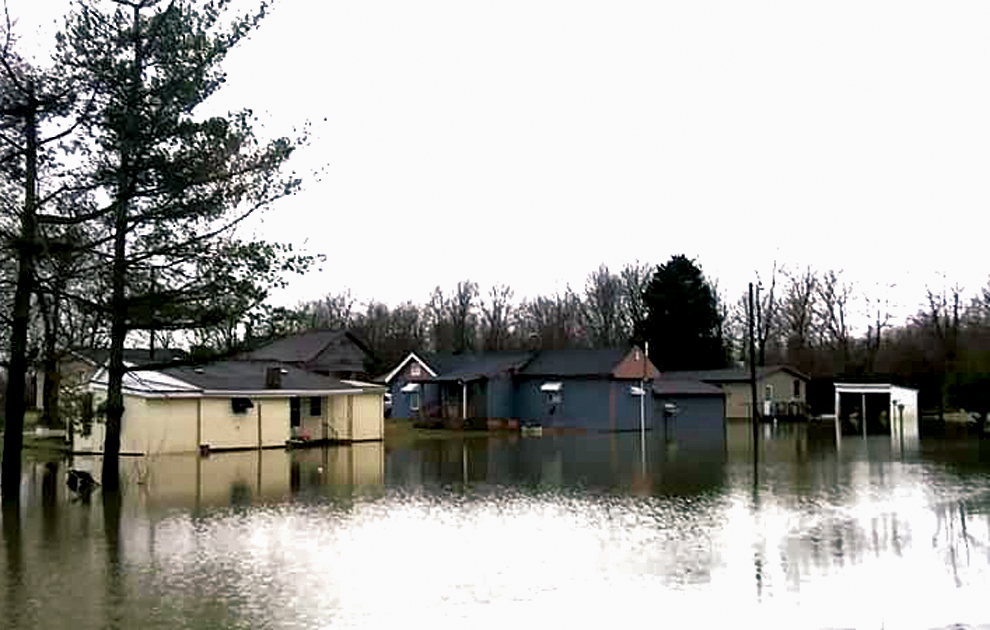 The Burgin City Council is looking to buy a pump to deal with flooding.

The Burgin City Council addressed the flooding issues again in their regular meeting on Tuesday, Feb. 12. Mayor Jim Caldwell said the city had rented pumps again to deal with the flooding but he would like to see something more done.

Caldwell also stated that the city spent around $70,000 last year on pumping.

While the city has always been prone to flooding, many residents believe blasting during sewer construction made the problem worse  over the past year. Councilman Sid Dunn said he invited representatives from the Mercer County Sanitation District to Burgin’s council meeting to no avail.

“I really feel like they are just turning a blind eye to what is happening here,” said Dunn. “I plan to sit in on their meetings and research what can be done.”

Purchasing the pump was tabled until a special-called meeting in order to give the council more time to research more affordable options.

Councilman David Peavler said a permanent solution would cost upwards of a million dollars. Peavler said he has researched it before and the least expensive option would be creating a shallow pipeline to transport water to the nearby creek.

While the city could apply for state or federal funding to build the pipeline, Burgin has had problems receiving state funds because the city has not completed an audit since 2011. Currently, the state government is withholding more than $112,000 until the city audits are brought up to date.

The city has hired financial consultant Noel Turner of Harrodsburg, who is working with the  Lexington-based auditing firm Jones and Associates. Turner said he contacted the city’s previous auditor, Craig Butler, to retrieve depreciation schedules through June 2011. Turner told the city council he anticipates progress to be achieved by June 30, 2019.

In addition, Turner also recommended closing six of the city’s bank accounts and creating an email domain for the city. The city council  approved both suggestions.

The next regular meeting for the Burgin City Council is scheduled for Tuesday, March 12 at 6:30 p.m. 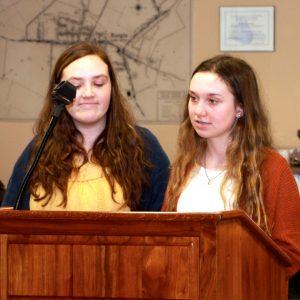 Burgin Independent High School students Alexis Stratton and Marlee Henson are designing a website for the City of Burgin.

• Learned the city’s new website is anticipated to be open to the public in April. The website is being created by two Burgin freshman students—Marlee Henson and Alexis Stratton—who are advised by business teacher Lora Cummins. The project is part of the Student Technology Leadership Program (STLP) club at Burgin Independent High School.

“We have been working on this website since the fall,” said Henson. “Prior to the City Council meeting, we met with Mayor Jim Caldwell to discuss this project and put together ideas on what we wanted to include on the website.”

• Accepted the water contract bid from B&D Services. B&D services is owned and operated by Cody Briscoe and Devon Brown. They began work on Wednesday, Feb. 13.