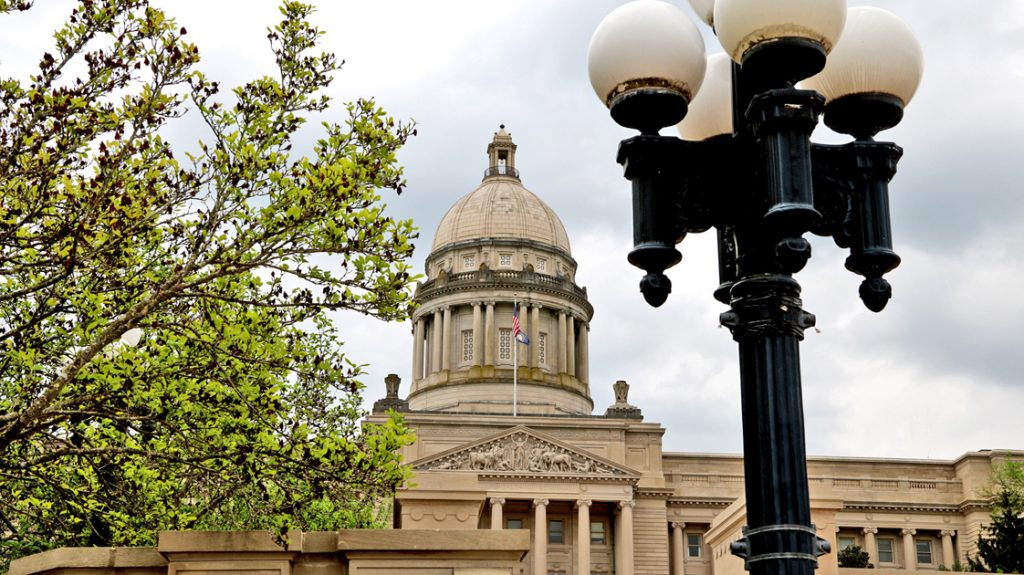 While everyone agrees that Kentucky’s pension system is in trouble, there is little agreement about what to do to solve the problem.

Questions Swirl Around Pension Reform During This Year’s Legislative Session

Local educators find themselves almost exactly where they were last year: looking to Frankfort and wondering what state legislators are going to do with the state’s ailing pension system.

“The only thing I’ve been told is they’re pretty much starting from a blank slate,” said Dennis Davis, superintendent for Mercer County Schools. “That’s all I’ve heard about it.”

The discussion around pension reform has not been as acrimonious as last year, when Gov. Matt Bevin set the goal of reforming the Kentucky Retirement System, one of the worst funded public pensions in the nation.

One proposal that followed the governor’s lead died for lack of votes. As the legislative season drew to a close, Republican lawmakers added the bulk of the bill to Senate Bill 151, which had originally been a bill dealing with sewer systems.

Despite the opposition, Senate Bill 151 passed, but it did not survive a legal challenge from Attorney General Andy Beshear. The fight went all the way to the Kentucky Supreme Court, who ruled the bill unconstitutional in December of last year, killing it.

Gov. Bevin called a special legislative session to tackle the subject, but the legislature adjourned after only two days with nothing being passed.

This year’s legislative session—which started Tuesday—is only a month long, and House Speaker David Osborne has said the General Assembly faces a difficult road passing any kind of pension reform.

“This continues to be, from both a policy and a political standpoint, the most divisive and the most controversial issue that we have dealt with in modern history in Frankfort,” Osborne was quoted as saying by Louisville  television station WDRB this week. “It is unbelievable the divisiveness that has consumed even within parties, even within caucuses.”

No legislation regarding pension reform has been filed so far, and, unlike last year, there does not seem to be a consensus on what to do about it.

Part of what makes dealing with the pension system so difficult to deal with is the sheer size of the problem. According to Kentucky Auditor Mike Harmon, the commonwealth’s estimated unfunded liability for its retirement systems made up nearly 80 percent of Kentucky’s total debt in fiscal year 2018. Of the $54.6 billion in total debt Kentucky had during fiscal year 2018, an estimated $43.3 billion of that was due to the unfunded pension and other post-employment benefit liabilities. The state government paid out more than $1.1 billion in principal and interest payments to finance that debt.

Kentucky’s total debt comes out to $12,261.58 for every man, woman and child in Kentucky, Harmon said.

Of the seven states surrounding Kentucky, only Illinois—which did not have a state budget for fiscal years 2016, 2017 and part of 2018—has a worse bond rating.

The other difficulty is that, under law, Kentucky educators are not eligible for Social Security. While other state and local government employees opposed last year’s pension reform proposal, teachers took the lead, largely because they are entirely reliant on the pensions they earn as teachers for their retirement.

In addition, the largest employers in many Kentucky districts are the local schools. Perhaps that’s why, even with a Republican majority, the state legislature has had such a difficult time passing any pension reform bill. Even in the GOP, there is no clear consensus on what to do. Both of Mercer County’s delegates, State Sen. Tom Buford and State Rep. Kim King, both Republicans, voted against the sewer reform bill last year.

The underfunded pension system plays havoc with the finances of local schools and governmental agencies. Last month, the Mercer County Board of Education approved a draft budget for the next fiscal year with   $20.6 million in expenses, which includes a $147,572 increase due to higher contributions to the County Employees Retirement System.

Last year, the governor proposed enrolling new government employees in a hybrid cash balance pension program in which benefits are accrued in individual retirement accounts. It would fund the pension accounts through a combination of employee contributions and funds from local and state taxpayers. Among other alternatives discussed but not acted upon were legalizing casino gambling and increasing the state sales tax.

At this point, no one knows what the 14-member bipartisan public pensions working group will recommend to the legislature, if they make any recommendation at all this year.