In the Know: Judge-Executive Milward Dedman 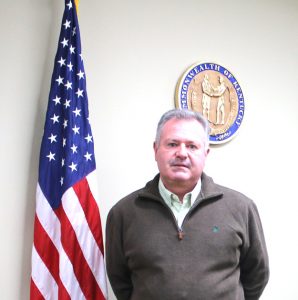 Judge-Executive Milward Dedman said it can be challenging to find new volunteers to serve on local boards. “Mercer County has so much to offer, but at times, residents take for granted what a wonderful community we work and live in.”

Judge Executive Milward Dedman has served Mercer county’s Fiscal Court since 2009 and he served in the Kentucky House of Representative from 2004-2008. Prior to serving the county he was a local businessman and real estate agent.

Dedman is proud of Mercer County and stated he is most proud of the fiscal responsibility the county has shown through the years.

“I’m proudest that Mercer County has stayed fiscally sound. We didn’t raise payroll and net-profit taxes even through the recessions,” said Dedman. “Mercer County has maintained. We are at .45 percent when most counties are up to at least .75 percent or one percent.”

Dedman said a lot of Kentucky counties are struggling right now and he is proud of how the county manages money.

Being fiscally sound isn’t the only achievement Dedman says is worthy of pride, he says the improvements to the recycling plant on Moberly Road are impressive.

“We have new balers and fork lifts,” said Dedman. “We also covered the containers at the transfer station to eliminate water weight.”

Investing in Anderson Dean Community Park is part of his future goals.

“Anderson Dean is a jewel in our community and I would like to see it kept at high standards,” said Dedman. “The infrastructure such has the roads, fields and shelter houses need reworked.”

Dedman also said he would like to see Mercer build a new, more visible animal shelter.

“Of course we need to continue to look at the on going jail issues and the costs associated with it,” said Dedman. “We can’t keep letting the cost keep going up and up without looking for solutions.”

Dedman said he would like to see treatment programs for substance abuse for incarcerated individuals.

“Jail issues have changed. It used to be solely criminals and now it is mostly substance abusers,” said Dedman. “I’d like to see something happen sooner rather than later.”

Dedman agreed with Mayor Art Freeman, that development of the bypass is needed for growth and infrastructures such as water and sewage are necessary.

“We need to put a lot of thought into it,” said Dedman. “Studies need to be done to ensure it is developed correctly.”

Dedman said sometimes it is a struggle to find people to put on the boards and committees and he would like to see more of the public involved in city and county matters.

“We have a fantastic community,” said Dedman. “Mercer County has so much to offer but at times, residents take for granted what a wonderful community we work and live in.”