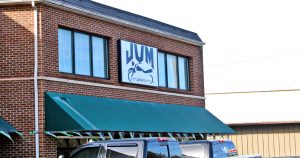 A Frankfort man was arrested Friday, Dec. 21, in connection with the burglary of JVM Motorsports earlier this month.

A Frankfort man has been arrested in connection with the robbery at JVM Motorsports.

Justin Hendershot, 22, of Frankfort has been charged with receiving stolen property-under $10,000, a class D felony.

Hendershot has two prior convictions for receiving stolen property and stealing from a vehicle, according to  the Frankfort State Journal. He was lodged at the Franklin County Detention Center. Hendershot was released Friday, according to the jail staff.

This case remains under investigation by Patrolman David Patterson of the Harrodsburg Police Department.