JVM Motorsports, located at 978 South College Street was burglarized for the second time in the early morning hours of Sunday, Dec. 9. This time the unknown offender stole over $50,000 in merchandise including: two motorcycles, one ATV, one  20’ double axle trailer  and four firearms.

Owner Mark Morris was disheartened by the theft saying, “They aren’t just stealing from us but from our employees and the community too.”

Morris said he tries to be a part of the community and share goodness with others and this last week he wasn’t sure about anything.

After the theft the community showed an outpouring of support for JVM Motorsports inspiring Morris to keep giving back.

“I decided to turn a negative into a positive,” said Morris. “I didn’t want being robbed to ruin my Christmas or the spirit of the season so I started the $100 contribution program.”

The program donates $100 to a charity of choice for every purchase made on any new or used unit purchased before Dec. 31.

“We have raised $1,100 for charity as a result of our $100 program,” said Morris. “I really want to thank our community for all the support.”

Morris said he felt sure that despite the robbery that the community and JVM Motorsports would survive.

Anyone with information is encouraged to call Officer David Patterson at 734-3311.  Crime Stoppers is offering a reward up to $1,000 for information that leads to the arrest and conviction of the perpetrator.

JVM Motorsports is also offering an additional reward of $1, 000, to match the amount of the Crime Stoppers reward. 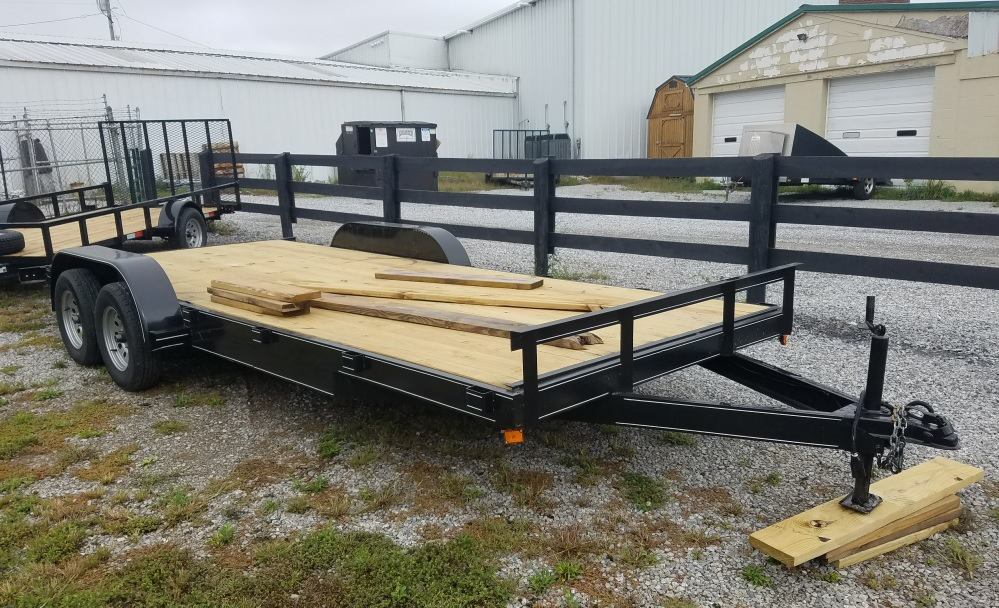 The 20′ double axle trailer that was stolen from JVM Motorsports in the early morning hours of Sunday, Dec. 9. (Photo Submitted)