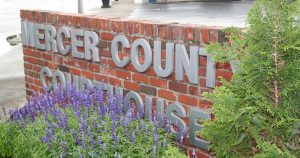 Mercer County has a problem with improperly disposed deer carcasses, and they’re not talking roadkill.

Officials are taking aim at certain trophy hunters who collect the antlers and feet then leave the carcasses on the side of the road for someone else to clean up.

“This is a huge problem, especially this time of year,” said Mercer County Sheriff Ernie Kelty. “We don’t need this in our county.”

Kelty said he and his officers would charge any hunters they found dumping carcasses illegally.

Magistrate Ronnie Sims said he was getting a lot of calls from the Dry Branch Road area, but said it was a county wide problem.

According to the Kentucky Department of Fish and Wildlife Resources, guts should be left in the field where scavengers will dispose of them or buried onsite with the landowner’s permission.

Leaving deer carcasses near a boat ramp, along the side of the road or dumping them off a bridge is illegal.

Fees at the Mercer County Animal Shelter are going up. As part of the state legislature’s tax reform, a 6-percent tax will be collected on car repairs and veterinary services—for small household pets like dogs or cats, but not large animals like horses or cows—as well pet care services including grooming and boarding, pet sitting and pet obedience training.

The next meeting of the Mercer County Fiscal Court will be on Thursday, Dec. 27, at 2 p.m.