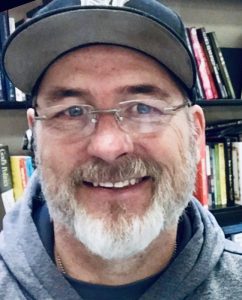 Born in 1966 in Illinois, he was the son of Betty (Richard) Steele of Harrodsburg and the late Morris Leo Vaughn.

He worked for 30 years for the City of Harrodsburg Streets and Parks Department never having intentions of retiring. He loved the city of Harrodsburg and truly worked for the people and would say he felt good about his job because he was able to talk with the public and make a difference. He coached youth football, basketball, baseball and had coached girls’ softball at Burgin School.

Funeral services will be held 2 p.m. Saturday, Dec. 15, at the Alexander and Royalty Funeral Home with Trent Baker and Zeke Edwards officiating. Burial will be in Spring Hill Cemetery.

Visitation from 5 p.m. until 8 p.m. on Friday and after 7 a.m. on Saturday at the Alexander and Royalty Funeral Home.

Expressions of sympathy may be sent to the family at www.alexanderandroyalty.com.