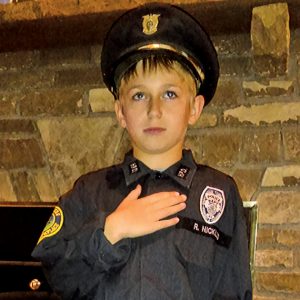 The family of Regina “Jeanie” Nickles is asking for Mercer County’s help in keeping a cop killer behind bars.

Nickles, a 15-year veteran of the Harrodsburg Police Department, was shot and killed in October 1998. A parole hearing is scheduled this August for the man convicted of killing her, John Paul Works. Nickles’ family are asking for the public’s help in keeping Works in jail.

Christina Crace is Nickles’ oldest daughter. She was 25 years old when her mother was killed. Crace said there is no escape from the grief for the families of fallen officers, especially when the killers come up for parole.

Nickles was born in Cincinnati, Ohio, on Oct. 10, 1953. When she graduated from Danville High School in 1972, she held the record for the 880 run. After marrying and having two children, she enrolled at Eastern Kentucky University, intending to become a physical education teacher. But she realized that would have meant spending most of her time inside, so she began looking into law enforcement.

Nickles became the first woman to serve as an officer with the Harrodsburg Police Department in 1983. After accepting the position, she told the Harrodsburg Herald, “I never felt so sure about any other job until this.”

“She was just a good servant,” said Mike Lyons, who served on the force with Nickles. “She was friends with everybody and she was fair.”

Nickles wrote Lyons’ first ticket, for hunting within city limits. But there were no hard feelings, he said.

“She probably wrote thousands of tickets, and half the people were smiling after they got them,” Lyons recalled.

For Nickles’ children, there was no line between her role as a police officer and as a mother. She would often pull over Crace, who was then a teenager, just to check on her.

“She was my best friend but my worst enemy,” Crace recalled. “She was strict but she was a jokester.”

After serving on the force for 15 years, Nickles was nominated to run for Mercer County Sheriff in 1998. Then, on Oct. 14, she was killed by Works, just four days after her 45th birthday.

To Nickles’ grandchildren, she is a yellowing Polaroid, a name on a limestone marker, an empty uniform or a story that adults tell.

They never got a chance to sit on her lap, to have her wrap her arms around them and keep them safe while she took them riding horses, to watch movies with her, to laugh with her, to learn from her.

“I wanted my kids to know her,” Crace said. “That won’t ever happen.” 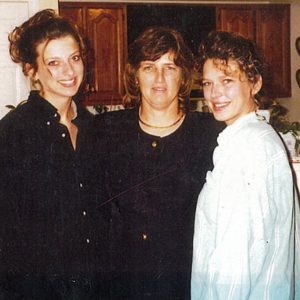 Regina Nickles, who was killed in the line of duty in 1998, embraces her daughters Brandellin, left, and Christina, right. Nickles’ family is upset that the man who killed her in 1998 is now up for parole.

Over 20,000 police officers have been killed in the line of duty in America since 1791. Nickles was the third female law enforcement officer in Kentucky to die on the job.

“Cops are there to serve and protect us,” Crace said. “They’re the first ones we call.”

Nickles’ murderer, John Paul Works, was sentenced to life. His first parole hearing is scheduled for August, and Crace is asking for the public’s support in keeping him in Eastern Kentucky Correctional Complex.

“I would like them to keep a cop killer behind bars,” she said. “I want them to do everything in their power.”

In the two decades Works has served, he has never expressed remorse, she said.

“He’s never reached out to the family,” Crace said.”He’s not sorry, he just wants out.”

Even if Works stays in jail, there will be no escape for the Nickles family. In five years, he will come up for parole yet again.

“Most people get to bury their mother or father and grieve and go on with their lives,” she said. “Unfortunately, the families of fallen cops don’t get that.”

The parole hearing is set for August. Public comments can be sent to: