The City of Burgin has been found to be in violation of the state Open Records Act again.

In a letter dated Thursday, Feb. 15, the Office of the Attorney General wrote that the city committed a “procedural violation” of the act, and “also subverted the intent of the Act,” by failing to provide information to the requester on a timely basis.

Former Burgin Police Chief Jim Caldwell had asked for minutes of a Nov. 11, 2017, meeting in which Mayor George Hensley “stated he disposed of 250 water meters by throwing them away.” Caldwell also asked for any minutes from any meeting where the meters were declared surplus property as well as any documentation “authorizing their disposal, destruction or sale.”

Caldwell also asked for minutes from the same meeting where, according to Caldwell, current Burgin Police Chief Casey Rucker stated “he had conducted an interview” for a part-time police position even though “the position had not been authorized.”

He was also after documentation relating to Burgin’s failurer to “comply with audit procedures.” At the last City Council meeting, it was revealed that  Burgin’s streets have not been paved since 2011.

City officials admitted that up to $80,000 in state funds have been withheld because the city has not submitted a complete audit since 2011. At the meeting, they blamed open records requests filed by Caldwell.

Last year, the City was found to be in violation of the open records law several times.

In the Feb. 15 letter, the Attorney General cited those previous violations when they found the City’s response did not satisfy state law, writing: “The City is required, as a public agency, to have a mechanism in place to ensure the timely receipt and efficient processing of requests made under the Open Records Act.”

The Attorney General found Burgin’s delay in providing timely access “subverted the intent of the Open Records Act” but, because they had not denied access to any records, the City had not been found to have “committed a substantive violation of the Act.”

Burgin City Clerk Michelle Russell said she disagreed with the Attorney General’s ruling, but Burgin had no intention of appealing.

According to the letter, Russell said neither she nor Deputy Clerk Mary Jo Lawson, who both work 30 hours a week, had the time to  provide the documentation  within three days, as mandated by state law.

Russell also noted Caldwell has made 25 open record requests, and said she believes he “is attempting to harass the City.”

This echoes remarks made by Mayor George Hensley last year, when he said, “Open records requests in my opinion has gotten out of control. Most of it—I’d say 90 percent of it—people are doing it just for meanness to interrupt our daily work.”

On Monday, Hensley deferred questions about the latest violation to Russell.

Caldwell said he is not harassing anyone.

“Most of those are multiple requests because they refused to provide the information the first time,” he said.

Russell disagrees. “He doesn’t like his answers so he tries a second time,” she said.

Caldwell took exception to Russell’s contention that she couldn’t comply with his open records requests or provide the information necessary for the city to receive state paving funds.

Russell, who has served as city clerk for over three decades, said she had nothing to add beyond what she said at the last City Council meeting. At that time, she said she had been working nights and weekends to keep the city compliant until 2011, when she began working only the hours she was scheduled.

The council moved to allow Russell and Lawson to work up to 10 extra hours a week until the audits were completed.

Caldwell won the most votes in the 2016 Burgin City Council race, but resigned before taking his seat because he was still employed by the city. He was fired by Hensley not long afterwards. Caldwell said he was probably running for mayor this year.

“I can’t see any way around it at this point,” he said. “There have been so many ethical violations. Somebody’s going to have to come in and take charge.” 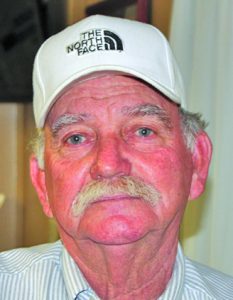 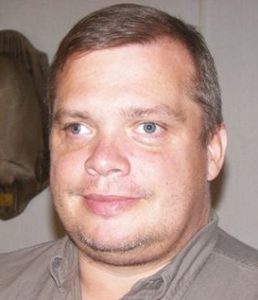