A Harrodsburg man has been convicted of conspiring with others to sexually exploit children.

Staples and Dylan Heatherly, 34, a student from Lemon Grove, California, were convicted on Friday, Jan. 26, in Harrisburg, Pennsylvania, after a seven-day jury trial. A sentencing date has not yet been scheduled.

So far, 14 people from all across the country have been convicted for securing space on a video conferencing website to view videos of prepubescent children, some as young as infants, being sexually abused. One offender died before he could be brought to trial.

On July 22, 2015, an undercover Toronto Police Detective Constable observed a 6-year-old child being sexually abused live on the website set up by Staples and his co-conspirators.

The next day, law enforcement rescued the victim and arrested William Augusta, 21, of Carlisle, Pennsylvania, who had sexually abused the child, according to the press release.

In May 2016, Augusta, Staples and 14 other men were indicted by a grand jury in the Middle District of Pennsylvania on multiple child exploitation offenses. Augusta and 11 defendants pleaded guilty prior to the trial. 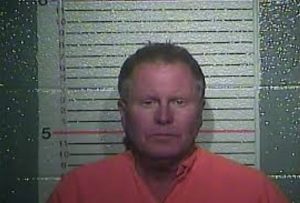 Augusta pleaded guilty on Oct. 28, 2016, to 13 counts, including multiple counts of production of child pornography involving two different children. He was sentenced to 60 years in prison followed by a lifetime of supervised release.