Prosecutors charged Turner with striking and unlawfully restraining his victim on May 14, as well as endangering a minor child and causing more than $1,000 in damage to the victim’s property. Turner’s bail was set at $15,000, on the condition he has no contact with the victims. Patrolman Chris Booth (Harrodsburg Police Department) testified.

On Dec. 7, 2016, the prosecution charges that Isham caused serious physical injury to one victim with a dangerous instrument and endangered the life of another victim through the wanton operation of a motor vehicle. Isham is also charged with causing more than $1,000 in damage to property owned by Kentucky Utilities.

Isham’s bail was set at $20,000 on the condition he has no contact with the victims. Patrolman T.J. Wren (HPD) testified.

To find out more, check out this week’s issue of The Harrodsburg Herald. 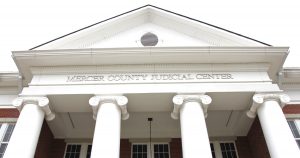