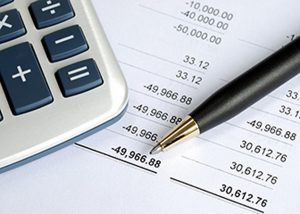 The Mercer County school board has given approval to a $19-Million tentative budget.

The Mercer County Board of Education has approved a $19-million tentative budget for the 2017–18 school year. The budget includes a one-percent salary increase as well as a contingency fund of $631,590.

The contingency fund for 2017–18 is projected to be 2.6-percent. Food service is self-sufficient and will not need money drawn from the general fund to balance the books, Minor said.

Minor called the tentative budget “very conservative.” It does not include a tax increase. Staffing will remain at this year’s levels, she said.

Minor and her counterpart at Burgin Independent Schools, Kate Sizemore, have had a difficult time preparing budgets this year. In addition to the difficulties of creating a budget—Minor said Mercer has only received 89-percent of their projected revenues from local taxes—there is uncertainty at the state and federal levels.

The tight budget numbers led the school board to postpone adjusting the extra duty stipends collected by the administrative staff. Superintendent Dennis Davis said there has not been an increase in those stipends since 2005.

“$6,000 is nothing based on the time they put in,” said Chairwoman Marianne Davis.

The chairwoman reassured administrators the board was taking the issue seriously, but said they had to take their “fiduciary responsibility” seriously.

“We really want to do this and do it right,” she said. She promised they would look into the issue again in August.

Mercer had this policy previously, but it was revoked in 2010.