“A lot of times I feel like going out there and painting off that ‘Friendly’ on the Burgin sign because this city has turned into a hate-filled town,” said Burgin resident James Stine at the special called Burgin City Council Meeting on Tuesday, Jan. 24.

“I was born and raised here in Burgin and I’ve lived here all my life, and this is the worst I have ever seen. This whole city and council have pretty much gotten to be dysfunctional,” Stine said. 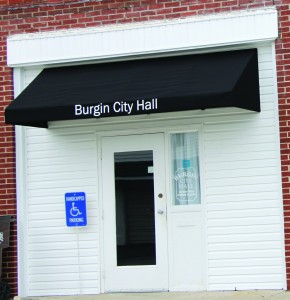 Only two motions were made and approved by the council during the meeting. The only unanimous decision was to advertise in The Harrodsburg Herald that they were seeking to fill their city attorney vacancy.

Get the rest of the story in the Jan. 26 edition of