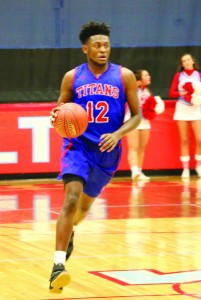 The Mercer County Titans (4-2) faced their second district opponent in a week when they traveled to West Jessamine (3-2), to face the Colts Friday night. Both teams swapped the lead several times in a hard fought game that wasn’t decided until the final two seconds of regulation.

Rhyan Lanham gave Mercer the early lead, scoring the first points of the game with a three pointer from the top of the key.

Mercer opened up defensively with their usual full court pressure and sophomore Jon Dunning forced West Jessamine into an early turnover. While the Colts initially struggled with Mercer’s defense, the Titans had a hard time converting turnovers into points. Trevon Faulkner, who averaged 25.8 points per game, struggled with scoring early on….

To learn more, check out this week’s edition to The Harrodsburg Herald.