Organizers Looking For Sponsors For Bronze Monument To Harrodsburg’s Founder 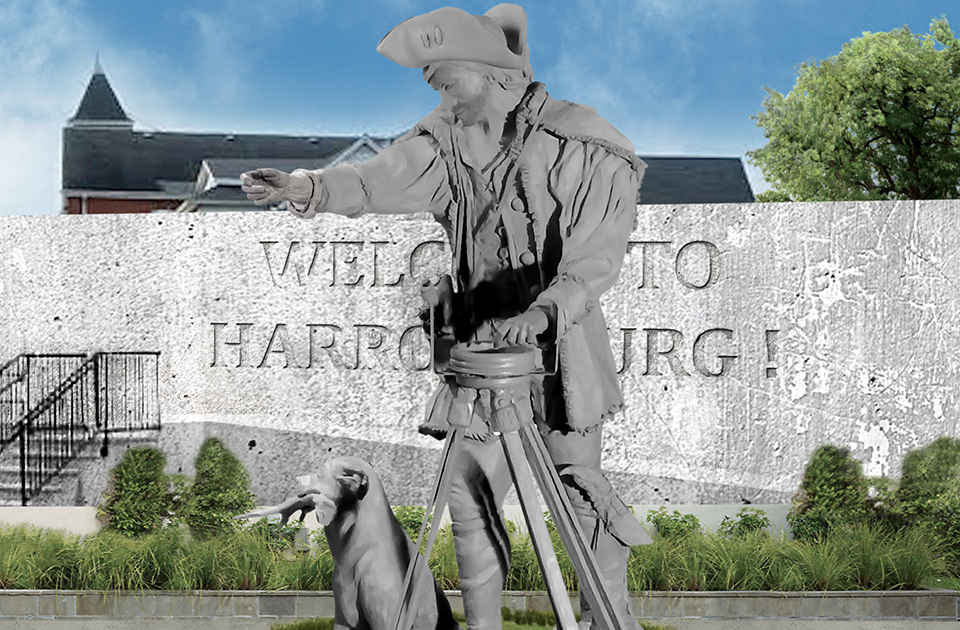 Photo Submitted
If you name James Harrod’s dog, pictured above with his master in a mockup of a proposed bronze statue by artist Forest Boone, you can win a resin cast of the statue.

“It might be helpful and kind of fun to generate some interest in the community,” said Louisville artist Forest Boone, a descendant of legendary frontiersman Daniel Boone and the artist who has been tasked with creating the bronze statue.

Boone said he’s been working with several local groups, including the Friends of Fort Harrod, the Harrodsburg Historical Monument Committee and Joseph’s Dream for nearly three years to install the statue to mark Harrodsburg’s founding 2024 bicentennial.

“The project still needs to be paid for,” said Boone. He said organizers are talking about a fund-raising event at next year’s George Rogers Clark Powder Run. He said they are also accepting corporate sponsors.

“We need at least another $150,000,” Boone said Friday. The statue will depict Harrod, carrying surveying equipment, marking off the original lots of Harrods Town, the settlement that grew to become modern day Harrodsburg. Harrod will be accompanied by his dog.

“Everybody knows James Harrod,” Boone said. “He has a hunting dog with him at all times, but nobody knows the name. It would be nice to have some of that historical context.” 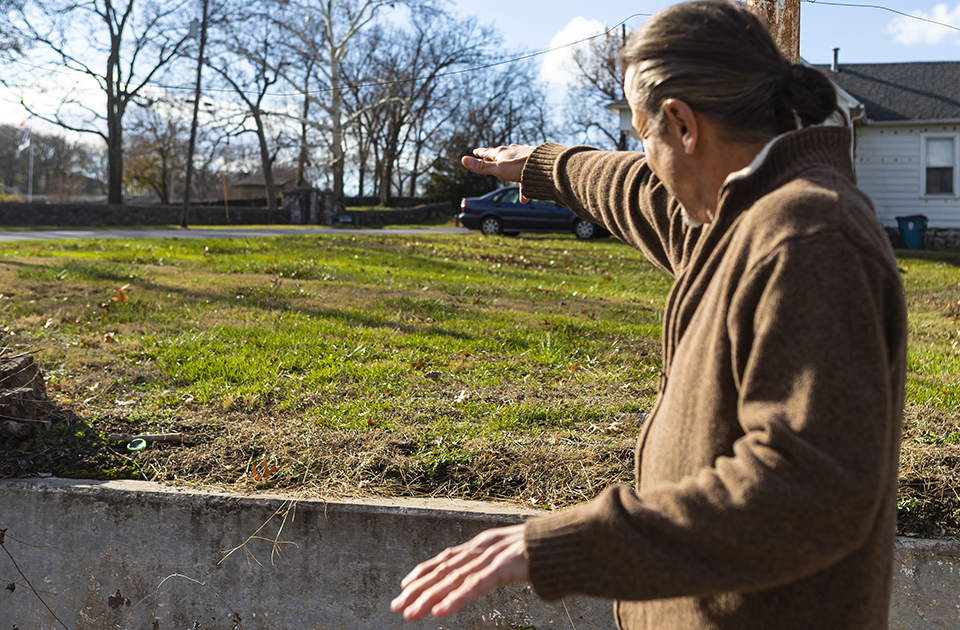 Boone envisions Harrod standing on a large limestone rock. On Friday, he marked off the proposed location of the statue just off the intersection of Lexington and College Streets. Last month, the Harrodsburg City Commission sold approximately .07 of an acre at that intersection to Joseph’s Dream for $1,000 to serve as the statue’s future home. The city commission is also exploring the possibility of consolidating five lots the city owns surrounding MAFEW (Mercer Area Family Education and Wellness) and developing the property into a park. Officials hope the project could serve as “a gateway to our city.”

Boone said the goal is to have the statue in place before the city celebrates its 250th birthday. He said the longer it takes to fund the project, the later in the year it would be ready to unveil.

“I would like to have a solid nine months,” Boone said. “If the project is funded within the next three months, the statue could be ready to install by Dec. 31. 2023.”

Boone is a seventh generation nephew of Daniel Boone. Harrod and Daniel Boone were contemporaries. According to local historian Bobbi Dawn Rightmyer, they established their settlements only 22 miles from one another as the crow flies.

“We used to drive through here as a kid,” Forest Boone recalled. “I’ve always been fascinated by Fort Harrod. It gives me a special interest in the project.”

Boone said he had never done anything artistic in hi life until 1990, when a near death experience led to a spiritual awakening.

“My vision literally changed,” he said. His newfound artistic vision led him to create big things. He said his second sculpture was nearly 10 feet tall and weighed more than 1,000 pounds. “I can’t take any credit for anything worthwhile,” Boone said. “My biggest challenge is to stay out of the way.”

He called it an honor and a privilege to be involved in the James Harrod project. Everything was delayed in part due to the COVID-19 pandemic. There were also a lot of details to work out, because while the historical record is pretty clear on Boone’s famous ancestor, it’s not quite as clear for James Harrod. At the intersection of Lexington and College Streets, there are currently three different portraits of James Harrod close to one another, all of them different.
“You can’t get a whole lot on him,” Boone said. “We must have met for eight months in a row, just hashing out the details, like the hat.” 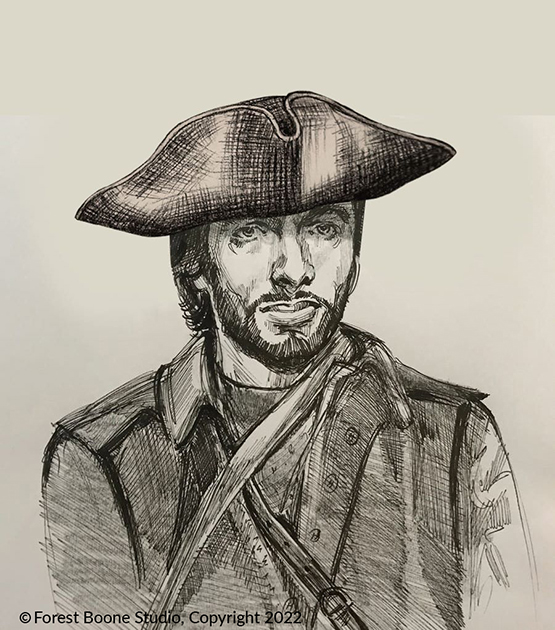 Photo Submitted
A sketch by Forest Boone of James Harrod, the legendary founder of Harrodsburg.

Those details may seem trivial, but when you’re casting them in bronze, the cost can add up quickly. The original concept was to depict Harrod on a horse, but that would have prohibitively expensive. So the organizers went in another direction.

“When entering the town of Harrodsburg, it would be nice to have something that said. ‘Welcome to Harrodsburg,” said Boone.

The artist said he is also interested in getting feedback from the community, which is why they started the contest to name Harrod’s dog. Here are the details.

1. Submit the name you come up with to: forestboonestudio@gmail.

2. All of the names submitted will be posted in the last printed edition of the Harrodsburg Herald of this year with the top three names printed in bold and a QR code to scan. That takes you to where you cast your vote online for one of the three. The winner will be notified via their email address that is attached to your vote.

3. The person that came up with the name with the most votes wins the miniature resin cast of James Harrod and his dog mounted on a natural Kentucky Limestone base.

For more great stories, check out the latest issue of the  Harrodsburg Herald. Click here to subscribe.