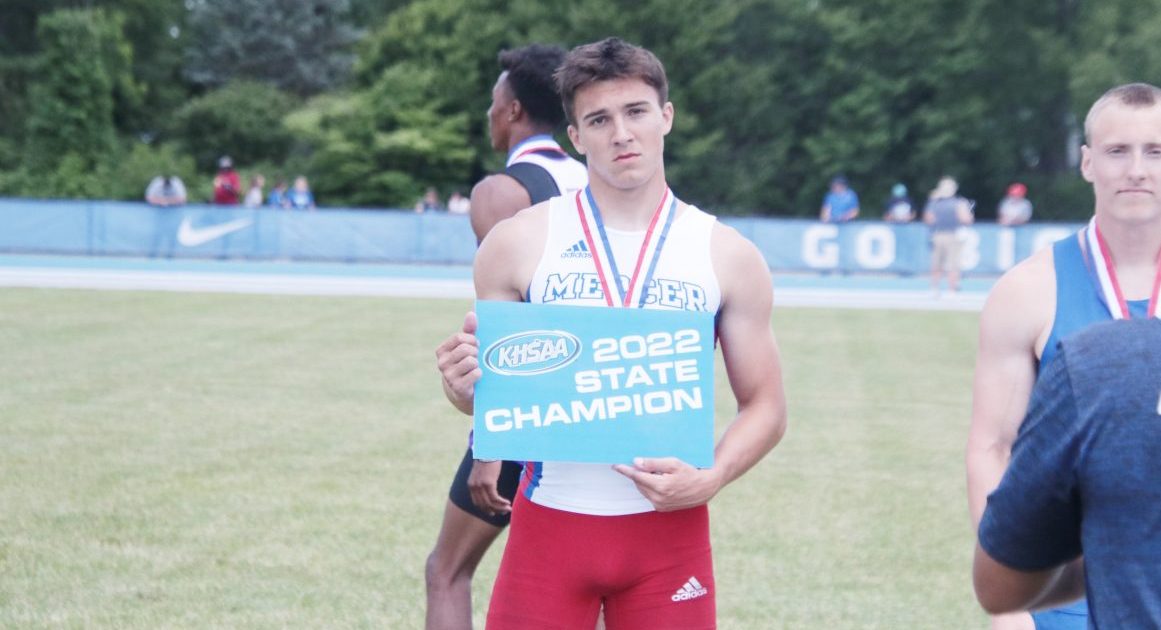 The Harrodsburg Herald/David Carpenter
Coming off a great high school track season, Beau Brown is hitting his stride on the AAU track circuit, earning a trip to the Junior Olympics.

Beau Brown is headed to the AAU Junior Olympic Games. The Mercer Country track star recently punched his ticket to North Carolina with top finishes both in the district and region qualifier.

Brown is coming off a stellar performance at the KHSAA Class 2A for the Titans were he won the 200 meter dash and tied for first place in the 100 meter dash. Brown was also part of the 4×100 and 4×200 relay teams who each placed first for the Titans.

With two straight state championships  already in the books Brown decided  to give AAU track a try this offseason. He’s still learning the ropes and is currently running unattached which means he doesn’t have a team. He may be running unattached, but he has had help from Mercer County track and field Head Coach Terry Yeast with workouts and Mercer Strength and Conditioning Coach Jeremy Carlson has designed a weight lifting plan just for Brown.

“To be honest I got started with AAU track just because I saw how much I had progressed in the last month of high school track season, and I had always heard about travel track, but never had tried it. I really don’t know much about it and it’s all been a learning experience,” said Brown.