Editor’s Note: The Beaumont Inn’s new owners outline their plans for the historic attraction in next week’s issue of the Harrodsburg Herald.

Dixon Dedman, the son of Chuck Dedman, declined to go into details on how much the Beaumont sold for, but a review of court records reveal several properties were sold to Milward and Kathy Dedman for more than $2.5 million. Dixon said the court records only show the sale of property.

“The business itself is not a public transaction.” he said 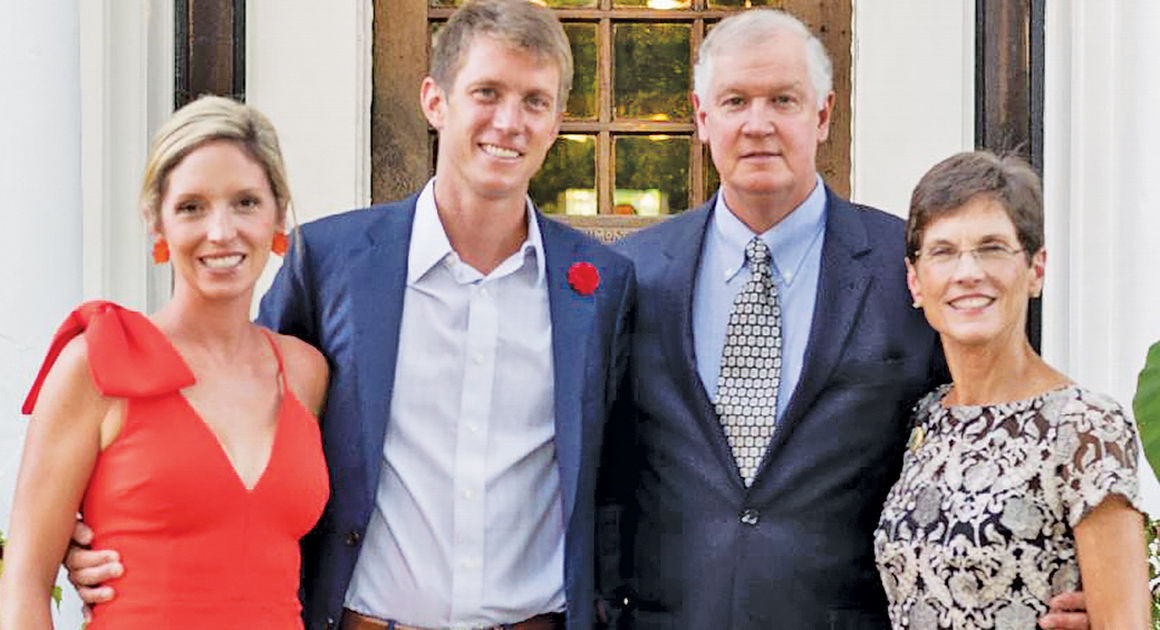 Photo Submitted
Elizabeth and Dixon Dedman and Chuck and Helen Dedman have sold the historic Beaumont Inn to the family of former Mercer County Judge-Executive Milward Dedman and his wife, Kathy. Dixon Dedman said he will remain as an advisor for the new owners. The Dedman family have owned and operated the Beaumont Inn for over 100 years.

The Beaumont Inn began in 1845 as a school for young ladies known as Daughters College, later Beaumont College. After it closed, the Dedman family bought the building, turning it into an inn and restaurant which opened in 1919. It has remained in the family’s hands for five generations, becoming one of the top culinary destinations in the country with signature dishes like yellow-legged chicken, corn pudding and two-year old Kentucky country ham. The family’s attention to tradition earned them a James Beard Foundation American Classics Award in 2015. The Dedmans celebrated the Beaumont’s 100th anniversary in 2019.

Dixon Dedman said celebrating the centennial was an important goal for his family and selling the Inn was not an easy decision to make. But he said the last couple years—particularly the COVID-19 pandemic—have been difficult and his family had been contacted by outside parties who expressed interest in the Beaumont.

“They didn’t feel right to us,” Dixon said.

Starting this month, Milward, his wife Kathy, his son, Ward, and daughter, Cawood, are taking over as keepers of the Beaumont Inn. Dixon, who is staying on an advisor, said the new owners’ commitment to keeping the Beaumont in the family made the sale feel “like the right thing to do.”

“It was a real opportunity for the Inn and for hospitality in this region,” he said.