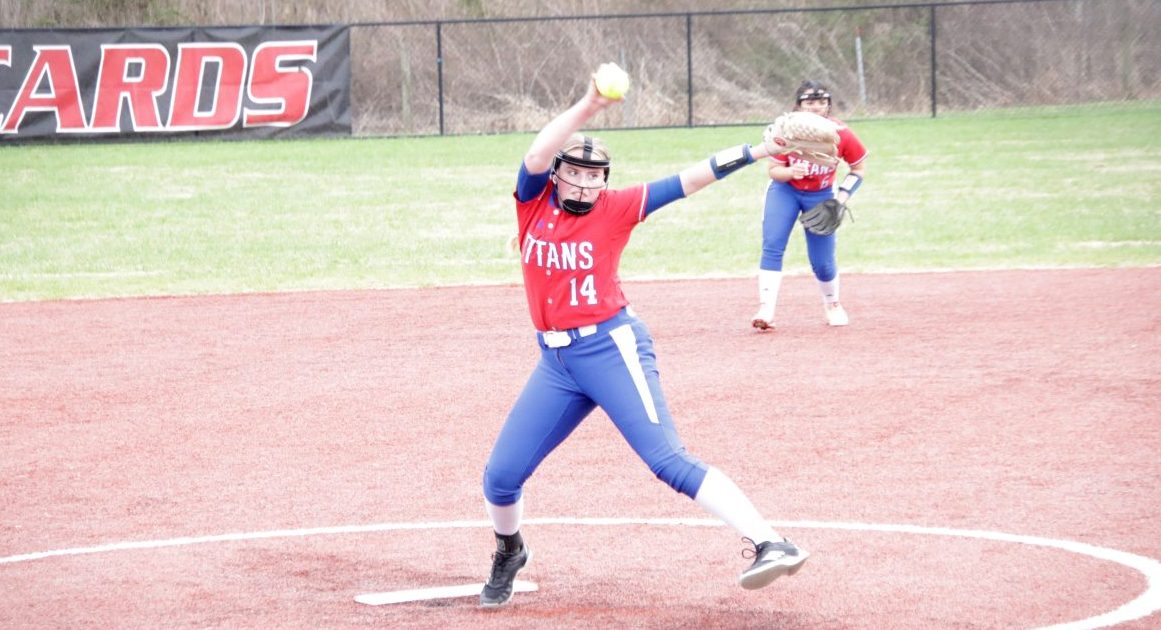 The Harrodsburg Herald/Myron Ellis
Elle Prewitt winds up for the pitch as the Lady Titans started their season on the road against Taylor County on Monday, March 21.

The Mercer County Titans softball team traveled to Taylor County for the season opener, Monday, March 21. Unfortunately, Taylor County pulled away with seven runs in the third inning and it was all down hill from there for Mercer, falling 14-4 in six innings.

Mercer County tallied three runs in the fourth inning with the offensive onslaught was lead by Haylee Ransdell, Avery Robinson and Hannah Beasley all sending runners across the plate.

Elle Prewitt toed the rubber for the Lady Titans lasting five innings. She allowed 11 hits, 13 runs and had one strike out. Madisynn Griffin threw two-thirds of an inning in relief out of the bullpen.

The Lady Titans struggled in the first inning to find their bats, going three up and  three down with all ground outs. Taylor County was able to get one run in after their first batter walked and the third batter hit a double.

In the second inning, Mercer still didn’t get a hit with the first two batters striking out and the third grounding out to short. Taylor had one runner on due to an error, but Mercer held fast  with their defense.  Left fielder Emily Worthington got the first out of the inning by catching a fly ball and Beasley ended it with two outs with grounders to short.