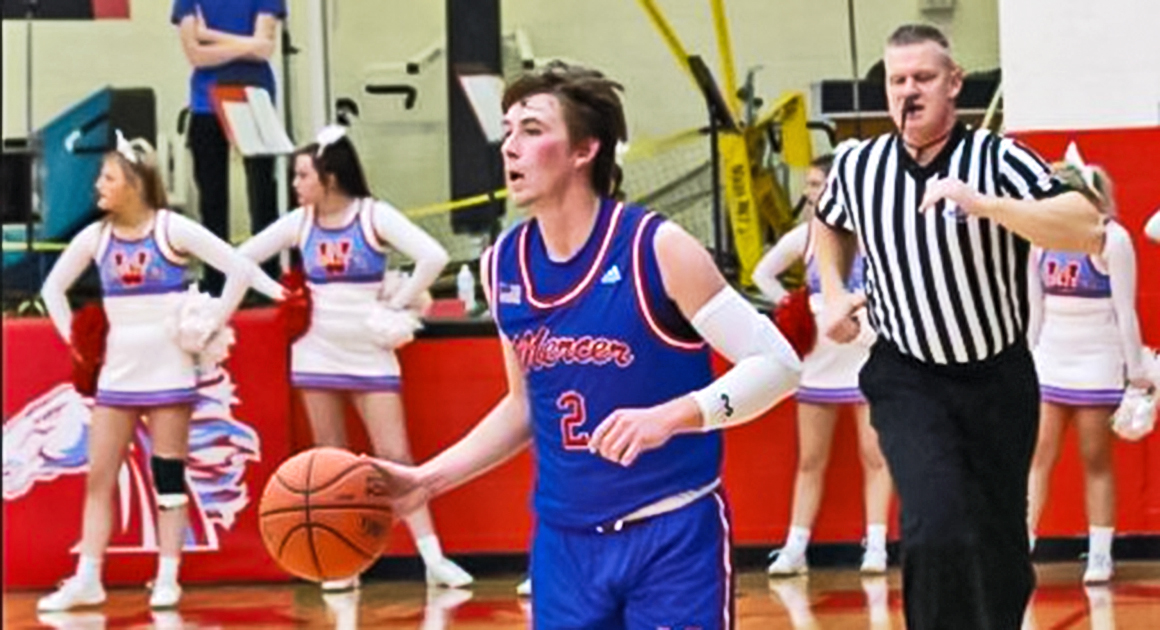 The 46th district boys championship game can only be described one way, heartbreaking. The Mercer County Titans (16-13) lost against West Jessamine (19-12), 59-44, Friday, Feb. 25 in the last four minutes of the game after leading by seven points in the third quarter.

The championship game  was determined after Mercer beat East Jessamine and West beat Burgin last Tuesday night. The Titan defense kept West’s top three scorers in check, but senior Hogan Price came out hot and scored 25 points. The Titans spread the majority of their points between Trevor Ellis, Evan Hart, Seth Caton and Sam Baughman, as they did in the East game, but the Titans had a scoring drought the first and last four minutes of the games and West took advantage both times.

The first quarter started out with the Titans unable to score until Baughman hit his first three for the night at the 2:55 mark, 8-3. Junior AJ Wearren continued with tight defensive pressure, stripped the ball and fed Caton for a layup. Baughman nailed his second 3-point shot and cut West’s lead to two, 10-8. Hart has become the master of the offensive charge and hit the floor to draw his first of the night, just as the   first quarter closed.

In the opening minutes of the second quarter, West’s big man in the middle, Daniel Waters, picked up his second foul and headed to the bench and Mercer capitalized. Wearren started the Titans scoring off with two points from the free throw line. He then caught Ellis across the baseline for the reverse under the basket and two more points to tie the game, 12-12.