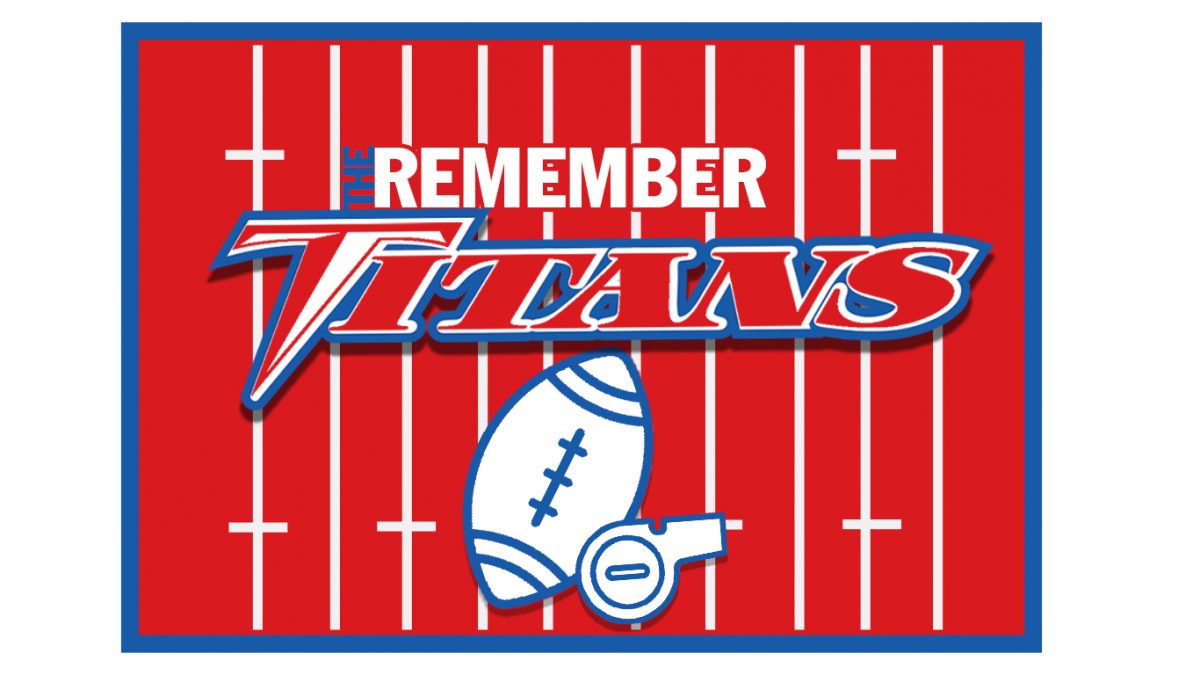 A 2008 Mercer County Senior High school, graduate William Harris played a crucial role on the Titans 2006 football team that won the only state championship in program history and now he’s coming up on his tenth season as part of the Mercer County coaching staff.

Before the Titans merger in 2006 the town was split with the Harrodsburg Pioneers and the Mercer Scotties. Harris considers himself lucky for being able to be part of all three, spending kindergarten through fourth grade as a Pioneer and fifth grade through sophomore year as a Scottie.

In the inaugural Titan season, the two teams came together to complete a perfect season with a 15-0 record and a 2A State Championship win over Russell County. Harris was a cornerstone for the defensive side of the ball for the Titans and finished the championship game with 15 tackles to help secure the win.

In Harris’ senior season, he led the team in tackles from his defensive lineman position. The team struggled to adjust to 5A 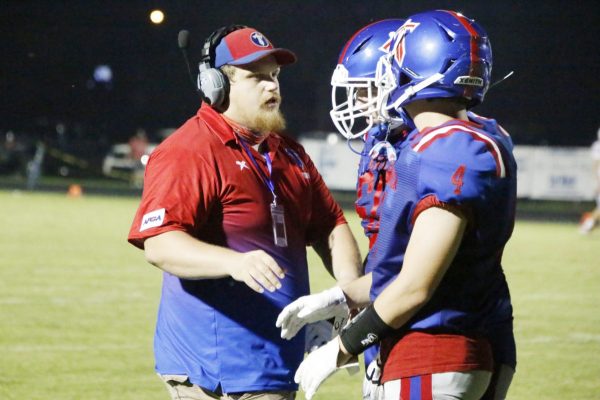 Harrodsburg Herald/Wesley Bird Coach William Harris is going into his tenth season as a member of the Mercer County coaching staff.

competition finishing the year 4-6 and a first round exit in the playoffs. He received all district and all area honors during his two seasons as a Titan. Harris’ performance on the field earned him a scholarship to play for the University of Campbellsville Tigers in 2008.

His freshman year he appeared in five games for the Tigers registering three tackles as the team finished with a record of 3-8. Harris went on to start every game until graduating, playing a total of 40 games collecting 106 tackles, 20 tackles for a loss, 10 sacks, two forced fumbles, and a safety. Wreaking havoc as a defensive tackle, Harris helped Campbellsville to three winning seasons from 2009 to 2011.

His senior year the Tigers finished with a record of 7-5 and went on to beat Greenville College, 21-7, to win the NCCAA Victory Bowl. Harris received all conference honors for another strong season. Off the field, Harris received a bachelors in social studies. Following his last season of football for the Tigers former Mercer County Head Coach Chris Pardue recruited Harris to come coach defensive line for him.

Harris began his coaching career in 2012 with his expertise on the defensive line position and helped with the offensive line his first three years under Coach Pardue. In 2015 David Buchanan  took over as the head coach for the Titans and Harris continued to work with D-Line, tightends and became the special teams coordinator.

In 2017, Harris took over the junior varsity and freshman program turning a struggling part of the program into a great building 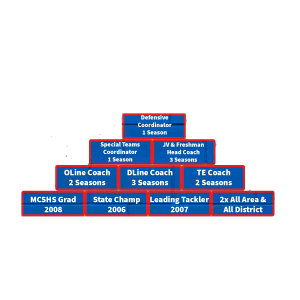 block for the Titans. As the head coach of the JV/freshman team Harris had three out of four winning seasons. He prioritized development and worked with the kids to install more than just the playbook, but what it means to be part of Titan football.

In 2021 the Titans were gearing up to make a deep postseason push with a loaded and experienced roster. Harris was back on the varsity sideline this time as defensive coordinator. Under Coach Harris, the Mercer defense had their best statistical season since the state championship team with 941 tackles, 58 tackles for a loss, 26 sacks, 10 forced fumbles, 14 interceptions, two safeties and two touchdowns. The team allowed 217 points to be scored and finished with a record of 9-3 making it to the second round of the playoffs.

Outside of football, Harris has worked for Mercer County Senior high school for 10 years including two years as an instructional assistant and the last eight years as a special education teacher. He married Casey Sexton in 2013 and they have two children; a 7 year-old girl, Harper and 2 year-old boy, Lincoln.

Harris made the first tackle in the state championship game back in 2006 and still 16 years later is helping the Mercer County Titans get better each day. As the longest active member of the Mercer County football coaching staff with 10 years under his belt Harris is currently in the mix for the recently opened head coach position since Buchanan stepped down on Jan. 20. Harris has always wanted a chance to lead the Titans off the field as he once did on it especially in his hometown.