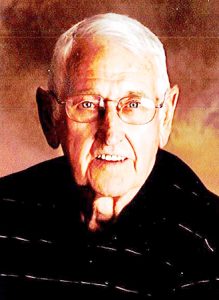 James Harold Milburn, 89, of Harrodsburg, husband of Jeannette Smithey Milburn, died Wednesday, Nov. 24, 2021, at Ephraim McDowell James B. Haggin Memorial Hospital. Born Dec. 15, 1931, in Harrodsburg, he was the son of the late Bill and Florine (Cocanougher) Milburn.He attended Burgin Independent School, was a U.S. Marine Corps veteran of the Korean War, worked for Whirlpool in Danville, delivered Sara Lee Bakery products and was a member of the Bohon Church of Christ.Survivors, in addition to his wife, include: one daughter Jamie (the late Jimmy) Milburn-Cook of Harrodsburg; one son, Martin (Becky) Milburn of Harrodsburg; four grandchildren; and one great-grandchild. He was preceded in death by three brothers, Billy Milburn, Donald Milburn and Garland Milburn and by two sisters, Dorothy Milburn and Louise Fogt.