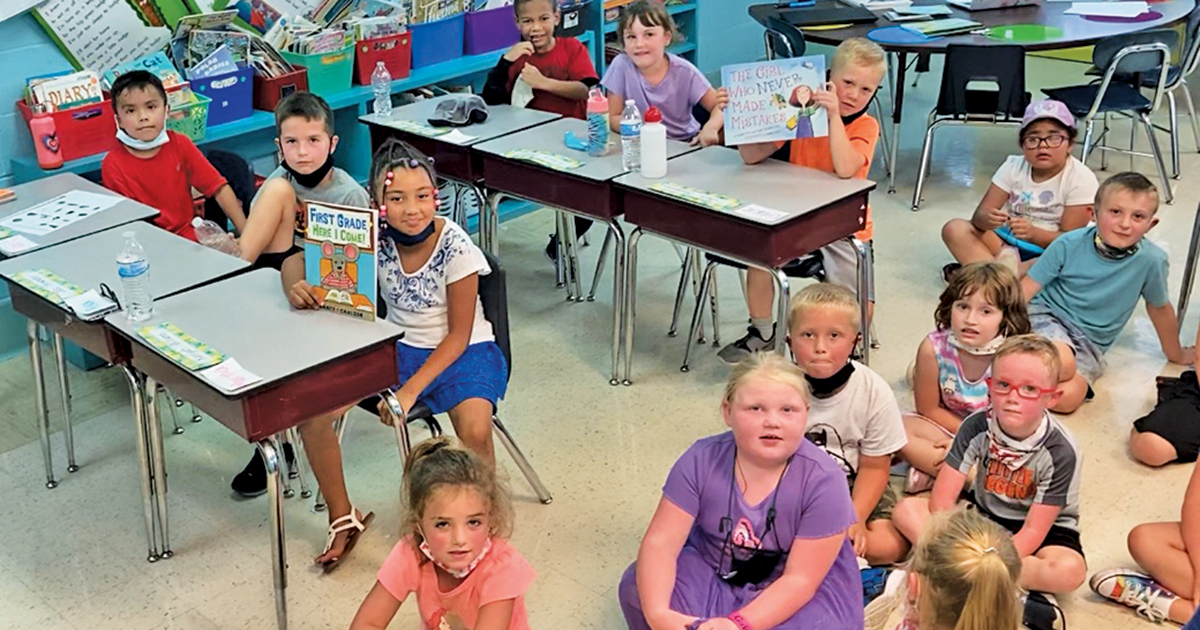 Photo Submitted
Students in Carrie Jackson’s first grade class at Burgin Independent School show off some of the supplies they received thanks to the #ClearTheList Campaign.

Carrie Jackson’s first grade class at Burgin Independent are supplied for the new school year thanks to the #ClearTheList Campaign.

Started in 2019 as a private Facebook group for Texas educators, #ClearTheList has become a nationwide movement to help teachers outfit their classrooms.

Jackson’s sister, Kathy Shewmaker, saw a post about the campaign from former “Bachelor” contestant Ashley Spivey, an Instagram influencer who regularly fundraises for teachers. In early August, Spivey set a goal of clearing the lists for 100 teachers and counselors around the country and asked for submissions. Jackson’s Amazon Classroom Wish List was one of winning entries out of the 1,200 Spivey received. In less than 24 hours, Jackson’s list was cleared, providing her students with over $600 worth of supplies.

“My list got cleared so quickly and I just sat on my couch and cried because I was so grateful,” said Jackson, who has been teaching for 15 years. “We teach because we love kids and want them to love learning.”

Jackson’s students immediately put the supplies to use. They also created a thank you video and cards for their benefactor, Mollie Jackson of ABC News.

“The better materials they have and the more we are able to differentiate, the better they will learn and the more comfortable they will feel,” Jackson said. “People like Ashley Spivey and Mollie Jackson are an inspiration and make teachers feel like they matter.”