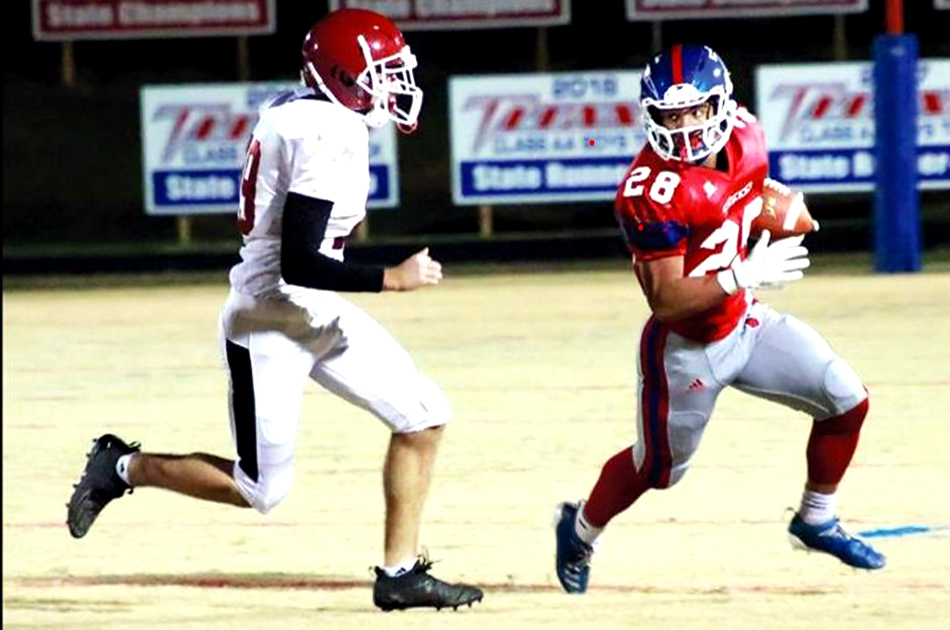 The Harrodsburg Herald/Samuel Warren
Brayden Dunn’s 155 yards and two touchdowns on just 10 attempts led the Titans to a 49-14 district win over Henry County in 2020. Dunn was the leading scorer for Mercer last year, earning 82 of the Titans’ 293 points.

The Mercer County Senior High School Titans are just two days away from beginning the 2021 football season. In 2019 and 2020, Mercer County earned a combined 15-5 record, showing signs of excellence last season with big wins over Taylor County, Christian Academy of Louisville and a 53-10 win over Henry County in the opening round of the class AAA state playoffs.

In 2021, the Titans are returning every single touchdown scored in 2020, barring one.

A strong core of play-making seniors can give the Titans a chance to win any game. Brayden Dunn is returning after earning 1091 total yards and 13 touchdowns last season, as well as 65 tackles, a sack and two interceptions on defense. Jackson Peavler joins Dunn to form one of the scariest backfields in class AAA. The senior tallied 570 yards and seven touchdowns in 2020, in addition to his 75 tackles, five sacks and 15 tackles for a loss from the outside linebacker spot. Jalen Lukitsch is returning for his fifth season of Titan football after leading Mercer County in every receiving statistic in 2020. His 499 yards and 10 touchdowns make him the second biggest scoring threat on the Titan’s roster this season.

Seniors Riley Peavler, Aaron Caton and eventually Cayden Devine (recovering from ACL injury) will add to the multitude of attacking options while Wyatt Sanford and Matthew Brodeur will complete the backfield.

Trosper Buchanan threw for 1161 yards in 2020, completing 57 percent of his passes and contributing 14 total touchdowns over nine games. With the returning depth in talent and the emergence of shifty wideout Thaddeus Mays and tight end Caden Semrau, the Titan offense gives them a good chance to beat any team they face in 2021.

“We need to be able to know the offense like the back of our hands. We feel that if everyone on the offense can confidently run every play, we should be able to score on any given snap,” said Trosper Buchanan.

“Absolutely,” was David Buchanan’s response as to whether he was expecting the offense to be more explosive than last year, “we have some guys that can catch, run and score.”