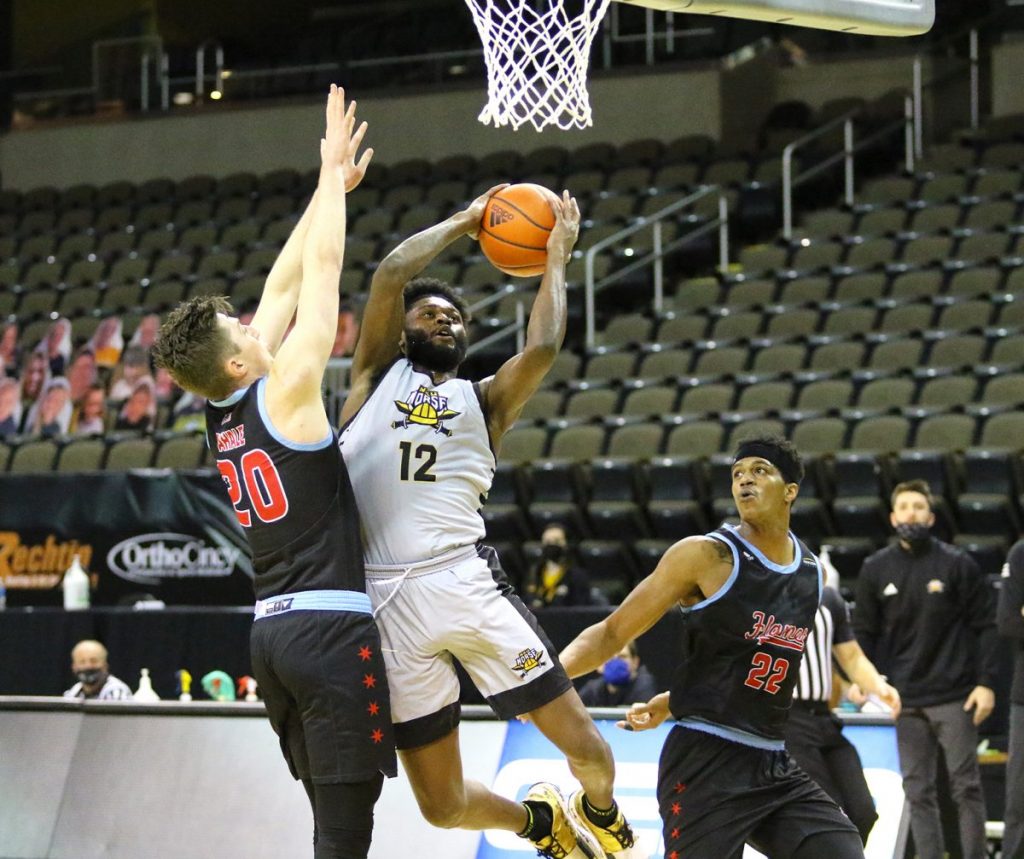 Trevon Faulkner is certainly the most outstanding talent to step foot on the court for Mercer County, racking up 3031 points throughout five seasons as a Titan. His exceptional speed and athleticism made him a constant threat to opposing Region 12 teams, leading the Titans to a 50-5 region record in his final three seasons. As a sophomore, Faulkner led Mercer to a 32-1 record and a Region 12 championship, averaging 18.6 points and 5.9 rebounds per game, before suffering a tragic defeat to the eventual state champions of Paul Laurence Dunbar.

Since arriving in Highland Heights in the fall of 2018 Faulkner has taken the Norse by storm. Playing in all 35 of his games as a freshman, he averaged 4.7 points and 2.5 rebounds per game. Northern Kentucky won the Horizon League tournament in both 2019 and 2020, giving Faulkner one opportunity to experience March Madness in the Norse’s 72-57 loss to Texas Tech in the opening round of the 2019 NCAA tournament.

This past season, Faulkner led NKU in scoring with 16.7 points per game, also averaging 5.7 rebounds, 2.5 assists and 1.5 steals per game as the Norse earned a 14-11 record. He was named to the All-Horizon League second team in 2021 and to the Horizon League all-tournament team.

Faulkner has had no trouble finding game time, but was more of a defensive specialist in his initial college season. Trying to fit into new roles each season taught Faulkner a lot about the mental facet of college basketball and the vocality needed to communicate on and off the court.

“Taking on different roles here at NKU has helped me develop these skills because each year was different and I wanted to find things that would help me and my teammates be successful,” said Faulkner.

Faulkner stepped into a leadership role for the Norse last season but he feels there is room for improvement with his vocal leadership and situational reads throughout the game.

“The things I have been working on this off season are being more vocal on and off court with my teammates and my shooting. I feel like I can improve more on making the right reads in certain situations during the course of the game, so I can help my team be better with taking care of the ball,” said Faulkner.