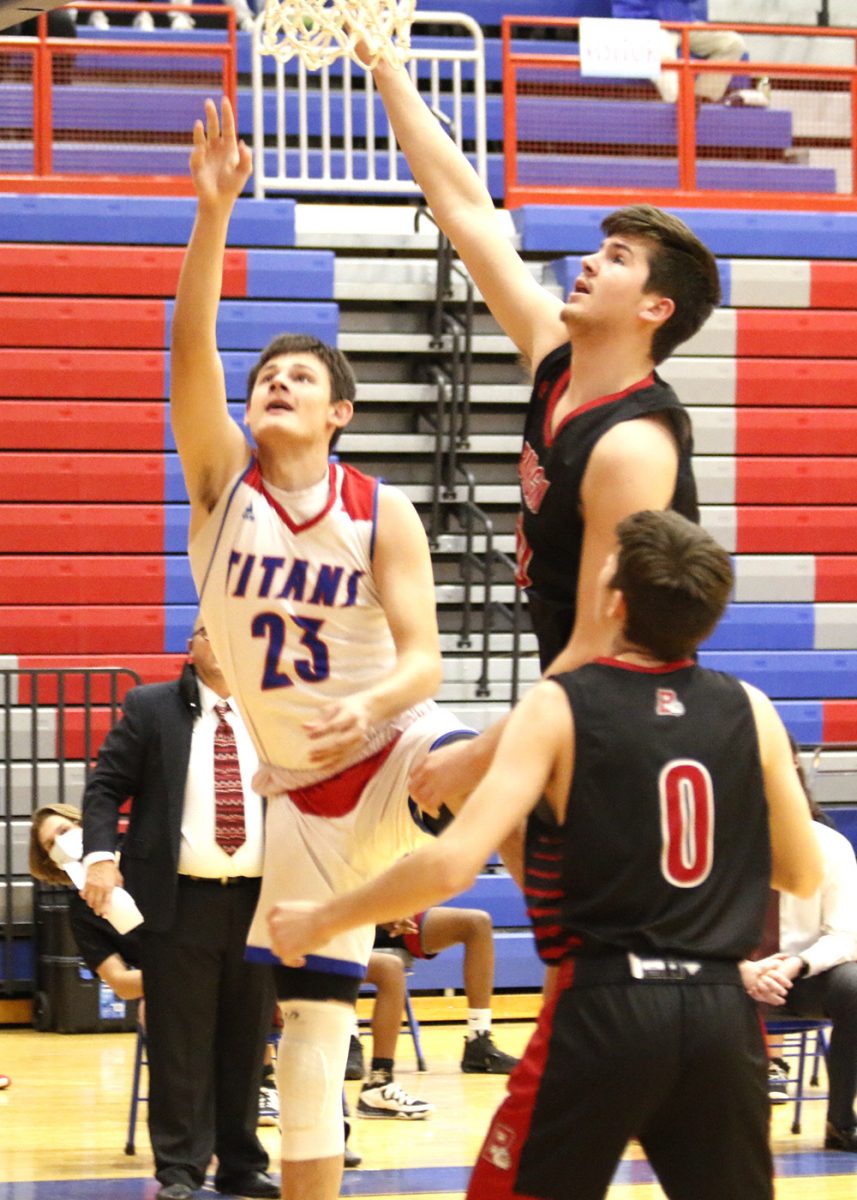 The Harrodsburg Herald/April Ellis
Burgin’s Greyson Mitchell tried to block Mercer’s Evan Hart in the Titans win over the Bulldogs last Thursday. Hart had 16 points and led the Titans in scoring.

The game started out slow. Burgin’s Jacob Qualls put the first points on the board and Mercer’s Evan Hart added a foul shot, but halfway through the first quarter the score was still 2-1.

“Burgin did a good job of changing up and confusing our guys on what was going on during the first part of the first quarter, but they settled down. Seth scored off of a pass he broke up and they took it from there,” said Mercer Head Basketball Coach Josh Hamlin.

Sophomore Seth Caton started the scoring run for Mercer, followed by Aaron Caton and a three-point shot by Thaddeus Mays. Brayden Dunn hit a shot with 10 seconds left and the Titans closed out the first quarter 16-2.

Burgin’s Jacob Qualls and John Boursaw both hit three-pointers. Burgin has been a threat during the season when their shooters get hot outside the arc. After Burgin’s post player, junior Greyson Mitchell, headed to the bench with his third foul and the Bulldogs were forced to rely on the outside shot. But Mercer’s defense clamped down during the press.

“We did a lot better job mixing up the pressure,” said Hamlin. “We are continually adding on things in practice, and with Covid and the bad weather, we finally had a chance to put our three-quarter press in game situation.”

To learn how that worked out, check out this week’s edition of the Harrodsburg Herald or subscribe to the online edition.