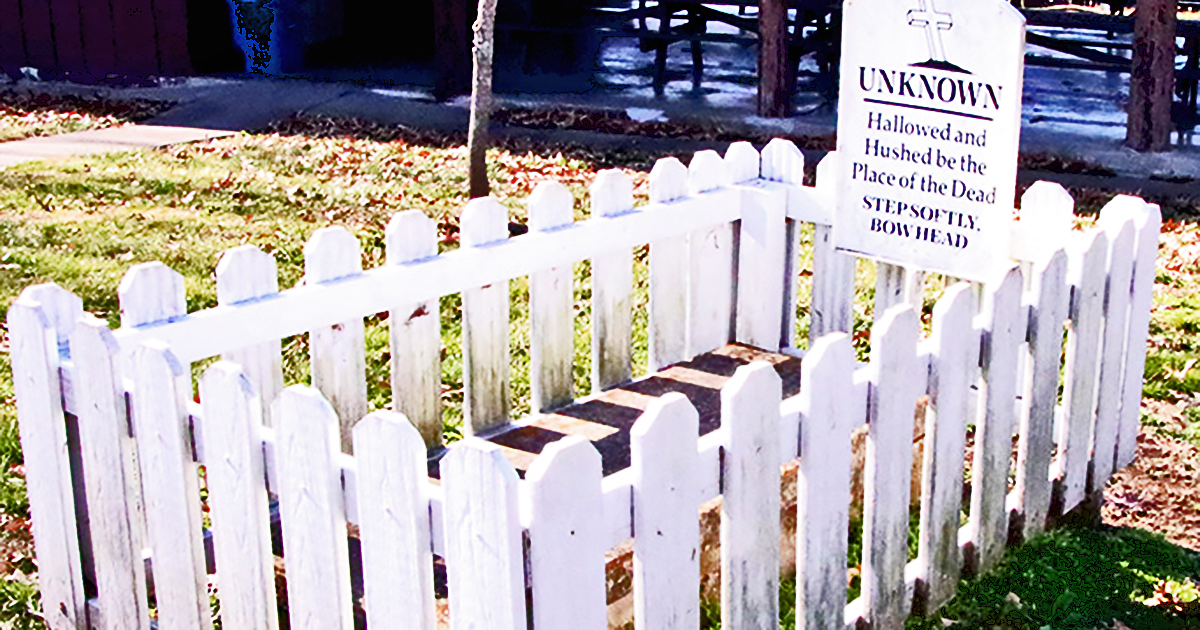 The Harrodsburg Herald/Jennifer Marsh
The unknown grave at Young’s Community Park has remained a mystery for well over a century. Now new interest and research may lead to exhuming the body of Harrodsburg’s Dancing Lady.

The unknown grave at Young’s Park has been a story of interest not only to the residents of Mercer County but to historians, ghost hunters and those dedicated to Doe Network, an organization created to help the missing and unidentified.

Matthews has recently been joined by Lynne Smelser,Ph.D., a researcher, writer and scholar with a doctorate from Michigan State University who has dedicated herself to researching the incident surrounding the death.

Together the two hope to establish enough interest, historical reference and funds to exhume the Dancing Lady and run her DNA through the ancestry databases.

The Doe Network and NamUs work to solve cold cases throughout the United States. Several success stories can be found on their websites.

Matthews has been working cold cases in Kentucky since 1998 when he helped solve a 30-year-old mystery around a Jane Doe in Scott County.

Matthews first became known for his interest in the Dancing Lady in 2002 when several articles were published noting Harrodsburg’s Dancing Lady as the oldest unsolved case listed on the Doe Network’s missing and unidentified list.

“I have been visiting her grave since I was in my 20s,” said Matthews. “The lady who danced herself to death is by far the oldest Jane Doe case I have ever encountered. It is fitting she should be in Kentucky’s oldest town of Harrodsburg.”

The story is set in historical Graham Springs. Located in the heart of Mercer County, the mineral springs resort was called the Mecca of Southern Society by Sallie E. Marshall Hardy as part of the American Historical Register published in 1895. The springs, known for their healing properties, were owned by Dr. Christopher Columbus Graham who established the resort in 1819 and it flourished until 1853.

Sewell was said to have fled her floundering husband in Tennessee. Smelser and her research has found this widely accepted version of events to be untrue.

“I located a stamp collecting club that has a confederate stamp on an envelop addressed to Mollie Sewell of Tazewell, Tenn.,” said Smelser. “This is the same town where Joe Sewell and his wife, Molly Black Sewell lived.  One story goes that his wife left him and that he said she was the lady who danced herself to death, but this stamp club has evidence that she was alive and well in Tennessee in the 1860s.”

Smelser has a different theory of events.

“I have uncovered more stories stating she did not come there alone, but the man who was with her abandoned her when she collapsed.  One story reads he asked to be alone with her and then fled through a window,” said Smelser. “In addition, there are rumors saying Dr. Graham sent his nephew out of state on an all expenses paid trip to New Orleans the same week the unknown dancer died.”

Rumors of the Graham’s nephew being sent away the same week cannot be substantiated but Dr. Robert Graham, nephew of Dr. Christopher Graham, was convicted of killing a man in New Orleans on Nov. 1, 1854.

Smelser believes the reason Dr. Graham sent his nephew away was because he was known to be violent.  She also found accounts noting the nephew had been living at the hotel where his uncle had been trying to help him kick alcoholism and violent tendencies.

“I do believe she was murdered,” said Smelser. “I have made progress and now I have a new theory that is supported by evidence, but we need to exhume in order to confirm.”

Matthews said due to circumstances such as a stone coffin, exhuming wouldn’t be very expensive. 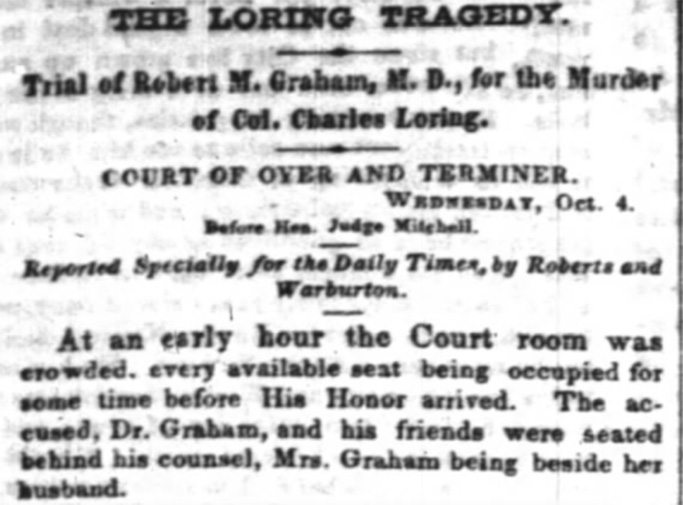 “The cost of this can be very low. The grave can be opened as easily as the Scott County case in 1998. The most recent fence and marker  would be carefully held aside to preserve as the stone is lifted away,” said Matthews. “I’d suggest this would be a gentle hand dig. With the coroner’s nod t 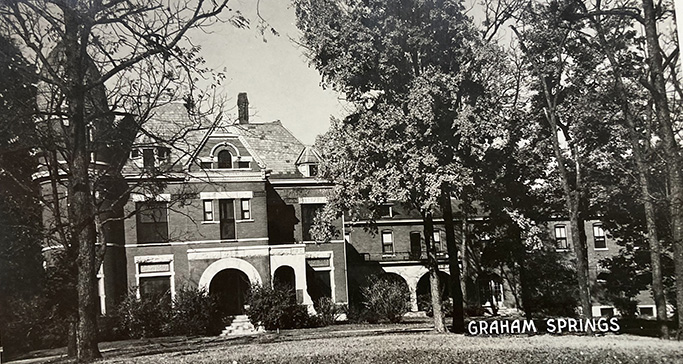 he remains could be held in a small container at the local funeral home.”

Matthews said ideally, there would be the potential to select a sample to submit for genealogy testing.

“I’ve worked with the folks at genealogy DNA programs this past year and they would be available to advise along the process,”said Matthews.

Both Matthews and Smelser plan to be in Harrodsburg on Tuesday, Feb. 10, to seek guidance from local authorities. They hope to garner community and leadership support to exhume the body of the Dancing Lady.

“If the remains are in reasonable condition, I’ve spoken with Dr. David Mittelman at Othram Inc. about performing advanced DNA testing so we can produce a genealogical profile,” said Matthews. “Othram uses a process called Forensic-Grade Ge 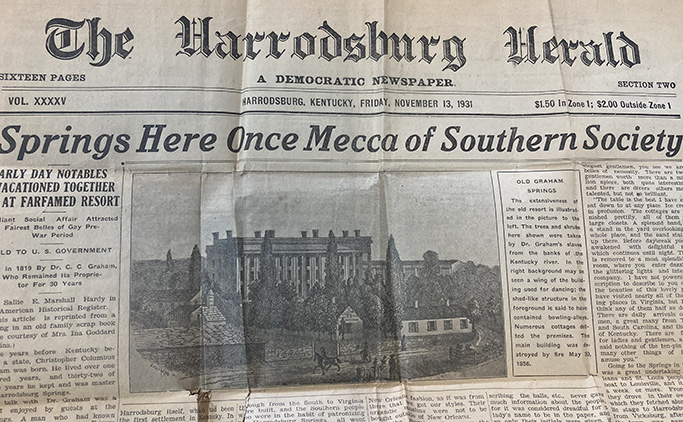 nome Sequencing, which can be used to build profiles from evidence that is challenging and has previously failed other test methods.”

Matthews said it is also possible that local people might be related to the  Dancing Lady of Harrodsburg.

“As a  proactive act,  anyone that is interested can upload their raw data from consumer DNA testing services,” said Matthews.  “There is no cost to do it and I’ve uploaded mine already.”

Matthews is optimistic that through advanced technology this  almost 180 year old mystery could be solved.

“It’s not a police issue, it is a historical issue at this point,” said Matthews. “We want to be working closely with the coroner. The next steps could be determined at that point.”