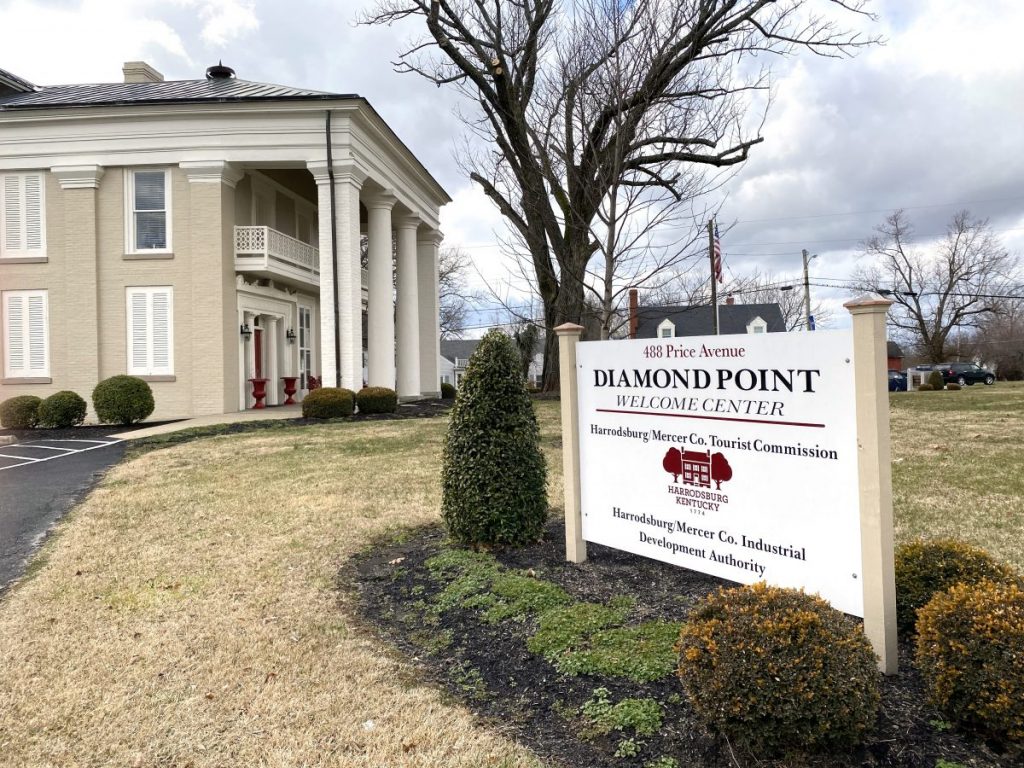 The Harrodsburg First Main Street Program has opted to move its office from Main Street back to the Diamond Point Welcome Center. At last week’s meeting, the board of directors also moved forward with their search for a new executive director and heard an update on Harrodsburg’s 250th anniversary celebration.

According to Chairman Allen Goldie, the idea of returning to Diamond Point came up when he visited the Harrodsburg-Mercer County Tourist Commission in December last year. He said Mike Inman, the chairman of the board of directors for the tourist commission, brought up the idea. Harrodsburg First will not pay rent at Diamond Point.

While Harrodsburg First has operated out of a downtown office for the last several years, they have a long history with Diamond Point. The agency purchased the historic property in 2003 for $290,000. After several years of extensive renovations, Diamond Point was opened in 2008 and served as the offices for Harrodsburg First, the tourist commission, the Harrodsburg-Mercer County Industrial Development Authority and the Mercer Chamber of Commerce. Currently, the only remaining tenant is the industrial development authority.

In 2015, Harrodsburg First—who owned the building as the Diamond Point Foundation—sold it to the tourist committee for $251,939.

Greg Souder, who has served as chairman of Harrodsburg First, said one of the reasons for purchasing Diamond Point in the first place was to get all the agencies under one roof.

“They’re trying to recreate what we did over 15 years ago,” Souder said.

Harrodsburg First ostensibly moved downtown because their mission is to promote the downtown business district. However, Souder also said “folks were not getting along.”

Goldie said Harrodsburg First would not have to pay rent or utilities. In addition, they would have access to the boardroom at Diamond Point.

Several board members expressed reservations about closing the downtown office, which is convenient when Harrodsburg First host events such as Oktoberfest and Main Street Market Nights. While the COVID-19 pandemic forced them to cancel those events this year, as well as the downtown events scheduled for Halloween and Christmas, the board is still planning to hold the events in some form in 2021.

“My heart wants to be here on Main Street,” said board member Leslie Bosse.

“Come October, this is going to be very valuable,” Souder said.

While Goldie agreed it would be tough to hold Oktoberfest downtown without the office, he said they could not hold the festival without funding.

“I just think it’s something we should absolutely do to get where we want to be,” Goldie said.