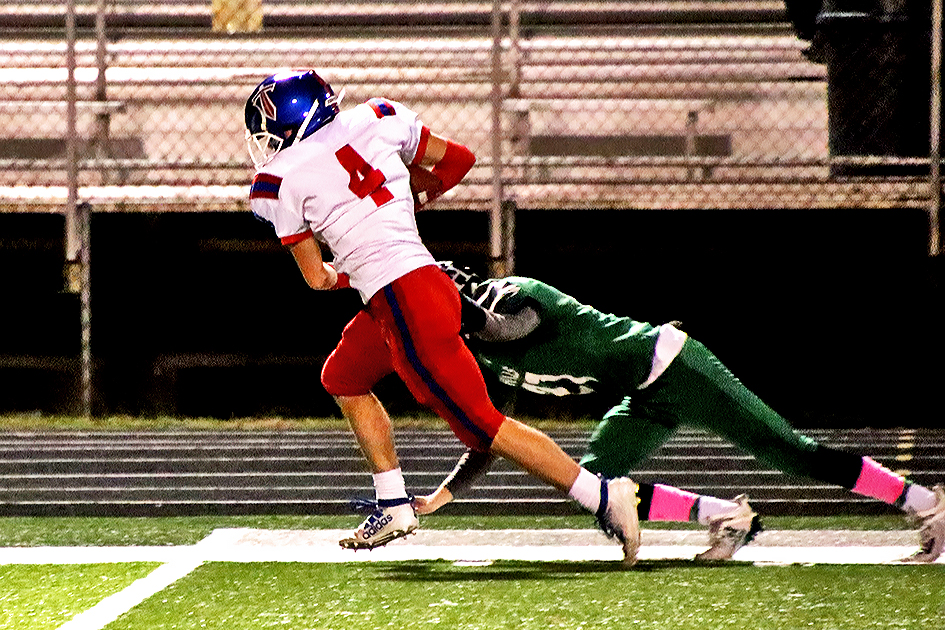 Junior Aaron Caton broke loose from a tackle to score a touchdown for the Titans against Western Hills for the win Friday night. Mercer County remains undefeated in district play. (The Harrodsburg Herald/Sam Warren)

The Mercer County Titans  (5-1) defeated the Wolverines of Western Hills (2-4) this past Friday, Oct. 30, by a final score of 26-12. The win sets the Titans atop district four, and due to the cancellation of the DeSales game a week ago, they are undefeated in district play.

The Titans traveled to the capitol following a week with no competition, and the offense took some time to regain its stride. Following a Dylan McGaughey interception on the Titan’s first offensive drive, quarterback Trosper Buchanan faked a handoff and rolled to his right, strolling into the end zone with no contest from the Wolverine defense.