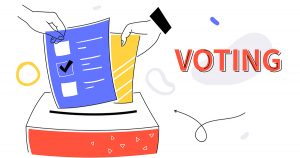 This year’s election promises to be unlike any other in American history, due to the COVID-19 pandemic as well as the intense interest in the presidential campaign between the Republican incumbent, Pres. Donald Trump, and his Democratic challenger, Joe Biden.

The other big race in Kentucky is between Sen. Mitch McConnell, the Republican incumbent who is running for his seventh term, and Democratic challenger Amy McGrath. Rep. Brett Guthrie, a Republican who has represented the 2nd congressional district—which includes Mercer County—since 2008, is being challenged by Democrat Hank Linderman.